Morocco has launched a toll-free number for Moroccans overseas to access information and ask for administrative documents. 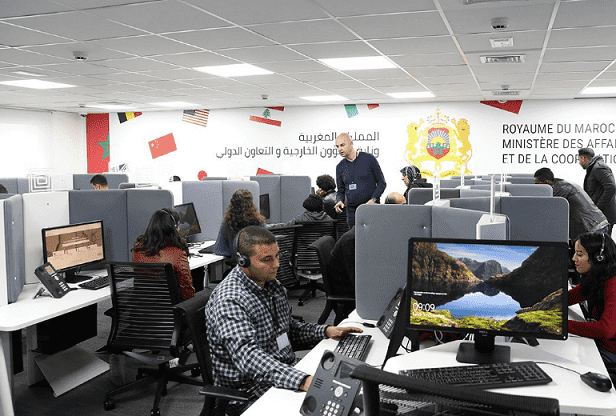 Rabat- Foreign minister Nasser Bourita said in a meeting with the press on Thursday that the initiative is an “important step forward.”

The hotline will allow Moroccans to track the processing of passports and other files. According to Bourita, the toll-free number will make Moroccans living abroad less dependent on visiting Moroccan consulates.

Bourita added that the project is the result of four years of preparations. He expects that it will increase transparency and the “adoption of  unified criteria for transactions and administrative documents.”

Bourita said that there will be a call center available from 8 a.m. to 8 p.m. providing services in seven languages. The languages will include “national dialects” and “other languages.”

Morocco’s Minister Delegate in charge of Moroccans Residing Abroad (MREs) Abdelkrim Benatiq noted in July that there are 5 million MREs.

Benatiq’s ministry is working to implement programs to consolidate ties between MREs and Morocco.

These programs, according to the official, are part of the national strategy to preserve the Moroccan identity of MREs. It is also designed to protect their rights and to promote interest in Morocco’s development.

According to Benatiq, Moroccan expats “represent a model of coexistence and respect for each other’s beliefs.”

In May, Morocco’s exchange regulator said that remittances from Moroccans living abroad hit $1.7 billion in the first quarter of 2018. The number represented an increase of 13.4 percent from the same period in 2017.