Morocco’s minister of foreign affairs, Nasser Bourita, has underlined Rabat’s commitment to the sacredness of its territorial integrity. 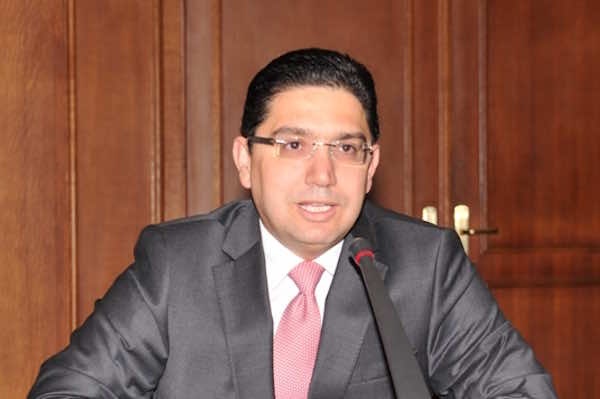 Rabat – Speaking to the French outlet Le Monde following the UN resolution to extend the MINURSO mission in Western Sahara, Bourita spoke favorably of the international community’s newfound determination to commit all parties to the roundtable table.

The Moroccan minister, however, stressed that Rabat will not yield to any decision that would challenge its integrity.

“Some things are not negotiable for Morocco, namely any solution that would call into question the territorial integrity of the Kingdom or that would provide for a referendum option,” he said.

Of the negotiations to be held in early December in Geneva, Bourita offered an optimist reading. He suggested changes in strategies and diplomatic momentum, saying that he expects the Geneva meeting to be different than the previous—and mostly unsuccessful—attempts to broker a settlement between Rabat and Algiers-backed Polisario.

Algeria has long declined the status of full participants in the Western Sahara peace process. Horst Kohler, the UN special envoy for the Western Sahara dossier, has however convinced Algeria and Mauritania to join negotiations as stakeholders.

Speaking of Kohler’s unprecedented success in convincing Algeria and Mauritania to come to Geneva without preconditions,” Bourita said that he expects more pragmatism and readiness to compromise from all participants.

If the recently gained momentum is maintained, he explained, there will be less rhetoric and more steps towards conclusive actions to settle the decades-long diplomatic standoff in Western Sahara.

Prior to the UN resolution earlier this week, there were reports of a fervent debate between France and the US about the duration of the MINURSO mandate.

As penholder of the UN resolution on Western Sahara, Washington demanded that MINURSO’s mandate be extended by only six months, as opposed to the customary one-year extension. Washington’s move was motivated by a mounting desire to pressure all the conflicting parties into making necessary compromises, according to diplomatic sources.

France, on the other hand, was for the traditional one-year extension. In contrast to Washington’s move towards immediacy and efficiency, Paris called for caution and effectiveness. France stressed that it was important that MINURSO be granted the necessary time-frame to uphold the cease-fire, which is a necessary prelude to any future hope of political settlement

Asked whether Rabat had a particular take on the US-France divide on MINURSO, Bourita said that “the debate on the duration is a false debate.”

In the same interview, Bourita also spoke of Morocco’s migration policy. While other countries—mainly in Europe—adopt a security approach towards migrants, Morocco has positioned itself as a true migrants-friendly country, the minster explained.

“From the outset, Morocco’s migration policy has been based on three pillars: solidarity, responsibility and international cooperation. [Morocco] has its own migration policy and intends to be faithful to it. We believe that transit countries should not be at the heart of policy. All countries of origin, transit and destination should assume their responsibilities.”