Morocco and the International Islamic Trade Finance Corporation (ITFC) have signed a Memorandum of Understanding to develop and enhance trade capacity. 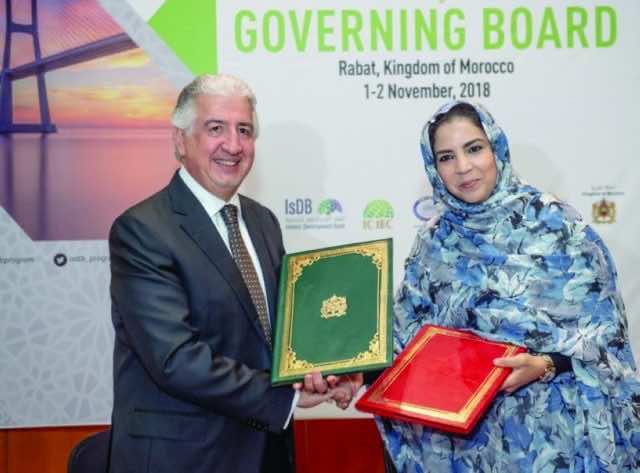 Rabat – ITFC, which is a member of the Islamic Development Bank Group (IsDB), signed an agreement with Morocco to develop bilateral and regional cooperation.

ITFC CEO Hani Salem and Morocco’s Secretary of State for the Ministry of Industry Rokia Eddarham signed the agreement during  the first meeting of the Governing Board of ITFC’s Arab Africa Trade Bridges (AATB) program in Rabat on November 1-2.

The agreement aims to support trade infrastructure via a set of programs, including AATB, according to Saudi Gazette.

The convention also seeks to facilitate funding and the development of international trade.

Salem, according to the Saudi news outlet, said that the agreement will foster cooperation between ITFC and Morocco and will include several programs to enhance trade in the member countries.

He also emphasized Morocco’s role in the organization’s commitment to contribute to the development of Africa.

Eddarham said that Morocco has been supporting AATB and “will continue to work together towards strengthening economic partnerships between Arab countries and African countries.”

Eddarham said that the agreement, which supports Morocco’s strategy to increase trade between Morocco and other African countries, will reinforce this partnership.

Launched in 2017 under the patronage of King Mohammed VI, the AATB program is a 3-year regional trade promotion program that was designed with the ultimate objective of leveraging new trade partnerships, strengthening existing ones, and increasing trade flows between the Arab and African regions, according to ITFC.

The program also aims to develop trade and investment across the two regions.