In Morocco, 47.2 percent of undergraduates drop out before obtaining a degree or certificate. 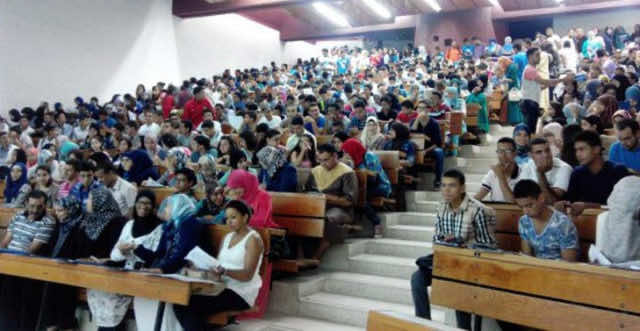 By
Ahlam Ben Saga
-
Ahlam Ben Saga is a Cultural Studies graduate from university Mohammed V of Literature and Humanities in Rabat.
Nov 7, 2018
Spread the love

The Ministry of Education discussed the statistics at a Parliamentary session on Monday. Moroccan universities currently have 860,000 students, 42 percent of whom are female students and 244,000 of whom are freshmen.

Morocco still has a comparatively low rate of students in higher education. Only 37 percent of the Moroccan population aged 18 to 22 choose to enroll in universities, according to the Ministry of Education.

The ministry pointed out that 16.5 percent of university students drop out in their first year and 8.1 percent drop out in the third. Some dropouts, 7.8 percent, choose to leave for smaller training institutions.

Over the past five years, student enrollment has increased by 42 percent. However, the number of professors has only increased 17 percent and available seats in classrooms only 28 percent.

Morocco will need to employ 2,488 university professors to join new educational institutions to prevent overcrowding because of the 18 percent increase in baccalaureate graduates.

The move was part of the strategic vision of the 2015-2030 reform program and in accordance with the 2016-2021 Government Action Program.

According to a previous press statement by Government Spokesperson Mustapha El Khalfi the percentage of unemployed university graduates is over 22 percent, a figure that has doubled in the last five years and is expected to keep increasing to 50 percent.

The Moroccan High Commission for Planning (HCP) reported that the higher a person’s level of general education–which typically ranges from elementary school to college–the lower the person’s likelihood of employment.

Half of the active population (estimated at 52.2 percent) are not degree holders.

For unemployment to decline, Morocco will need to create 115,000 additional jobs each year and maintain all current employment opportunities, to remain steady at the current workforce participation rate of 47 percent. 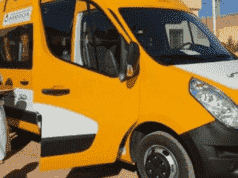