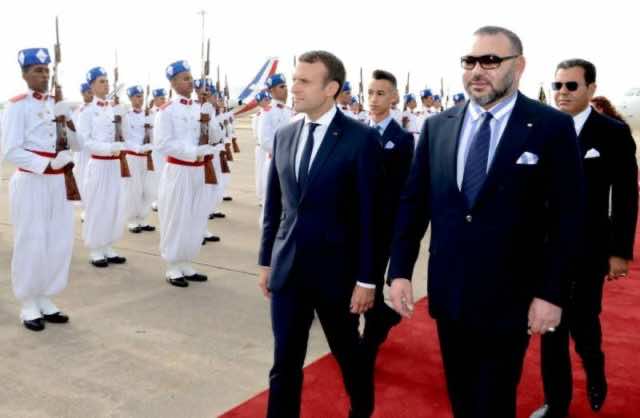 Macron and the King will inaugurate Morocco’s high-speed train next week, a source from the Elysee Palace told Reuters.

The train was originally scheduled to be finished in 2015 but was later postponed to 2017. After a series of delays, however, the project was set to complete in the fall of 2018 and will finally launch next week.

Quoting the presidency, Reuters reported that the LGV is a “flagship project of the bilateral relationship” between the two countries.

The first of its kind in Africa, the 200-kilometer long LGV will link Casablanca and Tangier in two hours and 15 minutes instead of the usual 5 hour train ride.

Several French companies collaborated in the construction and furnishing of the LGV, including SNCF, Alstom, Cegelec, and Ansaldo-Ineo.

The project cost €2 billion. According to BFMTV, the French government “is engaged in financing 51 percent  through various loans, including one granted by the French development agency of 220 million euros. This cost represents a budget approximately 15% higher than the initial estimate of 1.8 billion euros, calculated in 2007 at the launch of the project.”

Morocco received a loan of €80 million from the French Development Agency (AFD) to fund the last segment of the Tangier-Casablanca high-speed train project in October 2017.

AFD’s loan followed the French agency’s initial grant of €220 million in 2011 to begin the project. Morocco and France maintain strong diplomatic ties. In the latest expression of the relationship, a French official applauded French-Moroccan cooperation on October 31.