High-profile participants in a plenary session on Morocco’s bid to join ECOWAS have overwhelmingly endorsed the legitimacy of Morocco’s continental aspirations. 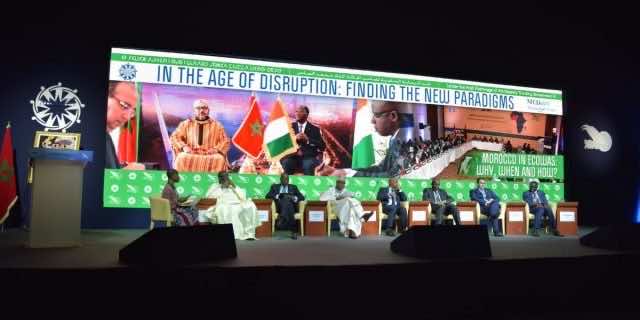 Under the forum’s general theme, “In the Age of Disruption: Finding the New Paradigms,” panelists discussed some of the most fundamental crises facing the world. The topics included immigration, the rise of populism, and the need for South-South and intra-African interconnections in an “unprecedentedly transitioning world.”

The legitimacy of Morocco’s ECOWAS bid

“Why, when, and how should Morocco join ECOWAS?” the moderator asked panelists at the plenary session of the MEDays forum on November 8.

They argued that more than a mere act of adhesion to a regional economic body, accepting Morocco’s ECOWAS membership application is a required formality to institutionalize an already tangible reality. Morocco is the largest African investor in the region, making its membership bid “desirable” and mutually beneficial, they suggested.

But why, as a North African country, is Morocco legitimate for membership in the West African trade bloc?

Because “Morocco has been engaging with West Africa since the 11th century,” began Moubarack Lo, former foreign minister of Senegal and special advisor to prime minister of Senegal. The founding family of Marrakech also helped establish a kingdom in Senegal, he explained.

The centuries-old interconnections aside, however, Lo highlighted that Morocco’s newfound mantle as a promoter of inter and intra-African connection is far from a new reality. People tend to forget that Morocco was one of the foremost pioneers of African unity and integration in the aftermath of African states’ independence in the 1960s.

“People also tend to forget that Morocco was among the most avant-gardist countries that defended the idea of African federation. The Casablanca bloc was the offensive group that stood by African unity and argued that we should not allow room for a balkanized Africa.”

But it is not all about history. Morocco’s ECOWAS membership would have enormous economic returns for the body.

“If Morocco joins ECOWAS, the body will immediately become the world’s 15th economy in terms of GDP. And according to my own estimations, ECOWAS will be among the world’s leading ten economies by 2030,” Lo explained.

Others, less historically inclined than the former chief of Senegalese diplomacy, hinted at the “requirements of our complex and globalized world.” As the world moves on, new realities should emerge to embrace the changes and discard the “old and irrelevant certainties of the past.”

“The world has changed. Morocco and ECOWAS desire to work together to face the challenges and share the opportunities of globalization,” said Thomas Boni Yayi, former president of Benin. “So, Morocco’s bid to join ECOWAS is about sharing responsibilities, which is a requirement of a globalized world.”

Moussa Mara, former prime minister of Mali, agreed. Beyond the economic and historic foundations that favor Morocco’s ECOWAS aspirations, Mara argued, there is the political necessity of creating strong intra-African platforms to face the daunting challenges of a digitized global economy.

“It is a question of continental unity,” Mara said. He explained, “Accepting Morocco in the ECOWAS family will be the concretization of our South-South momentum. The ultimate aim is to collectively benefit from each other’s comparative advantages.”

Barring the basic diplomatic protocol that such a gathering of high-profile officials would require, the language of panelists was mostly effusive, pointing to a nascent urge to formally acknowledge a longstanding relationship.

As they spoke, panelists—in the fervor of their tones and the genuineness of their recognition of Morocco’s implication in development projects in West Africa—evinced an extreme level of gratitude to an avowed and committed partner.

‘It will take time’

Between Morocco and ECOWAS, they seemed to suggest, the marriage—and not one of convenience—is sincere and old. The wedding was celebrated a long time ago. But it needs to be consummated.

But under what terms will the relationship be consolidated? And, most importantly, when? Where will Morocco and ECOWAS be one year from now? Are there prospects of change, or will we be speaking—again—of Morocco’s membership bid?

“Had all of this boiled down to a personal decision, I would have said let’s end all of this ‘here and now,’” said Boni. But, the former Beninese president conceded, there is a formal roadmap to follow. The formal procedures, regardless of the sincerity of the pro-Morocco ardor in the crushing majority of ECOWAS member states, will take time.

“Morocco is not in a rush,” interjected Brahim Fassi Fihri, president of the Amadeus Institute, the organizing body of the MEDays forum. “There is complete mobilization, but we are still waiting for the negotiation phase. Morocco knows the value of consultation and negotiations. We are not rushing at all,” Fihri added.

In October, a three-member independent committee reviewed the legality of Morocco’s bid. They have already delivered their verdict, according to panelists.

Referring to the legal review of Morocco’s bid, ECOWAS parliament President Moustapha Cisse Lo said, “We already have the results of the study. We will convene next month in Abuja to deliver on the question.” 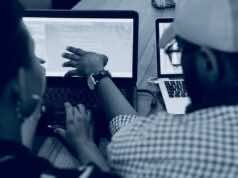