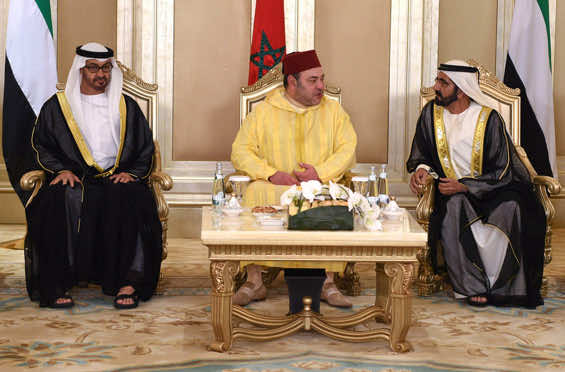 Sheikh Abdullah bin Zayed Al Nahyan, the UAE’s minister of foreign affairs and international cooperation, welcomed the royal speech the King gave on the occasion of the 43rd anniversary of the Green March.

Sheikh Abdullah commended the King’s initiative to establish a political mechanism for dialogue and consultation with Algeria. The Moroccan-Algerian border, closed since 1991, is the longest closed land border in the world.

Sheikh Abdullah said that holding a comprehensive and frank dialogue will help establish constructive and positive communications in a way that will help clear the air in the Arab world.

The minister affirmed that, through its historic commitment to support joint Arab action, the UAE is determined to help strengthen cooperation and historical ties between the countries of the Arab Maghreb. The Emirates also backs Morocco’s Autonomy Plan for Western Sahara.