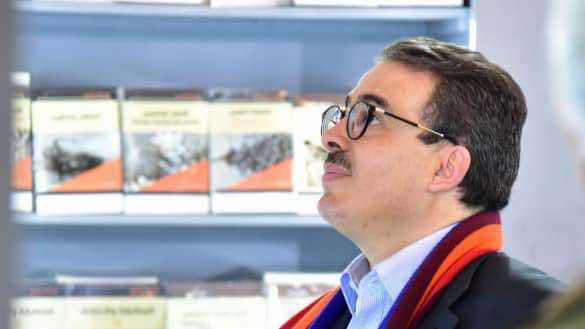 Rabat – Nearly 10 months since his arrest in February, Bouachrine has received a heavy prison sentence of 12 years after being convicted of human trafficking, rape with violence, and sexual assault.

Bouachrine, who is the director of one of Morocco’s major newspapers, Akhbar Al Yaoum and its online outlet Alyaoum24, was given the chance to make his closing statement today at the sentencing hearing.

The sentence was given today at about 12 midnight.

The final hearing started at about 5:00 p.m.

During the trial, Bouachrine said: “I am a victim of freedom of expression, I am a journalist and I will not sell myself.”

He added, “I’d be lying if I said that I’m not scared to be tried, even if we strive for the stability of the country, what country is this that we want to leave our grandchildren.”

Protest prior to verdict

To denounce the trial of the journalist, Morocco’s Truth and Justice Commission organized a protest today in front of Parliament hours before the court announced its verdict.

The commission invited activists and citizens who care for justice and the freedom of press to voice their support in the protest.

“This protest is organized to contest the court’s decision to prosecute Bouachrine in private. There were violations in the trial,” a Truth and Justice Commission member, Khadija Radi, told Morocco World News during the protest.

Abdelali Hamidine, a Justice and Development Party member and a friend of the journalist, told Morocco World News that Bouachrine’s trial was a “political trial in the absence of evidence to prove the crimes attributed to him.”

Read Also:  Ramid: The Day Bouachrine Was Arrested Was the Worst of My Life

During his arrest in February, Moroccan police allegedly seized 50 tapes depicting sexual acts as evidence of the alleged crimes attributed to Bouachrine. The journalist’s arrest shocked many and resulted in backlash from Bouachrine’s supporters.

In September, a number of news outlets shared a series of leaked screenshots of the videos allegedly captured from the tapes seized in the arrest of the journalist. Some of the pictures show what appears to be Bouachrine with women in his office.

In response, Morocco’s National Press strongly condemned the leaking of screenshots in an ongoing case.

Mohammed Ziane, a member of the journalist’s defense team, said that experts that analyzed the video said that the footage was faked.

Bouachrine denied all the accusations and claimed the videos were fake.

During a press conference on March 12, the public prosecutor said that the argument made by Bouachrine’s lawyers against the judicial police “has no legal basis” and the accusations of video falsification are “unfounded.”

The trial process, which was postponed multiple times, witnessed tension between the defense team and court officials.

On May 25, Casablanca’s Bar Association President Hassan Birouaine condemned the behavior of Bouachrine’s defense team. He said the bar condemned the unprecedented behavior and “rabid reactions” of some lawyers in the Bouachrine case.

In response, Birouaine accused some lawyers in the Bouachrine case of “denigrating the uniform of lawyers.” 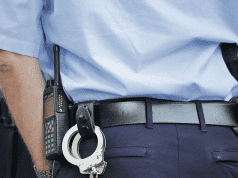 Morocco Arrests Aussie-Hungarian for Possession of Inappropriate Photos of Minors