Algeria has signed a $30,000-per-month contract with Keene Consulting firm, owned by John Bolton’s friend, David Keene to “conduct lobbying activities” for its interests including in Western Sahara.

By
Tarek Bazza
-
Tarek Bazza is a journalist at Morocco World News with Master’s degree in Translation from King Fahd School of Translation in Tangier.
Nov 10, 2018
Spread the love

Rabat – The contract entered into effect on November 1 and will continue through October 31, 2019.

Algeria hired David Keene, a former president of the National Rifle Association (NRA) to lobby against Morocco in the Western Sahara issue.

Keene told Al-Monitor that he “will work on issues related to the disputed  Western Sahara as well as military and defense cooperation,” as part of the one-year contract with his firm.

According to the contract signed between Keene Consulting firm and the Algerian government, which was obtained by Morocco World News, Keene “shall provide counsel to and conduct lobbying activities# for Algeria to reinforce friendship relations and cooperation between Algeria and the US.

Some of the activities include mobilization of “non-governmental organizational, public and media support for Algeria,” and “enhancing Algeria’s image” in the US.

Under the agreement, Keene will regularly have in-person and telephone contact with Algeria’s Ambassador to the US Madjid Bouguerra. 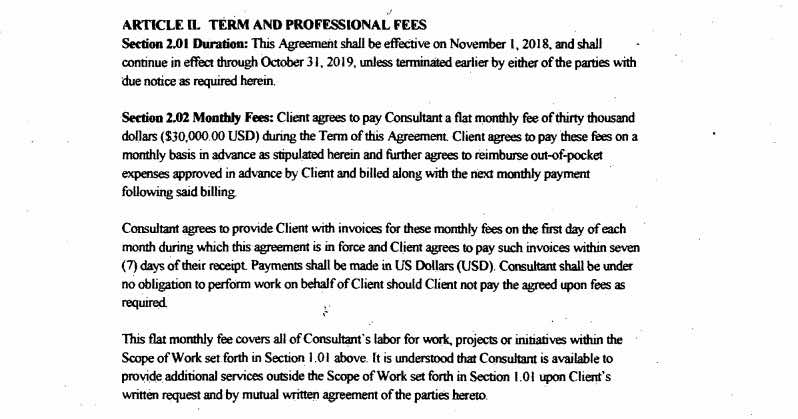 Keene had a similar lobbying job for Algeria between 2006 and 2007 on behalf of the Carmen Group, a lobbying firm in Washington, DC. Keene was responsible for managing the firm’s services for Algeria.

According to Washington Post, the Carmen Group worked to strengthen the US-Algeria relations and expand trade, through government relations and “strategic advice.”

The group was also in charge of projecting “an up-to-date image of Algeria’ and promote congressional, public and media support for ‘Algeria’s legitimate interests and policy goals,’” Washington Post reported on July 6, 2006.

An old friend of Bolton

The former NRA’s chief told Al-Monitor that Bolton first put him in contact with Algerian and Polisario officials. Polisario is an Algeria-funded group which has been in conflict with Morocco over Western Sahara since 1976. Backed by Algeria, Polisario’s main goal is to take over Western Sahara.

Keene said he visited the Tindouf camps in Algeria in 2000 and became “very good friends” with Mohamed Abdelaziz, the former Polisario leader, according to Al Monitor.

“My daughter was over there as a volunteer in the camp for about six or eight months in the early 2000s, and I had hosted [Bolton] when he came here and we developed a friendship,” Keene said.

In 2011, Keene appointed Bolton to the NRA’s international affairs subcommittee.

While Algeria has long claimed it is not a party to the Western Sahara conflict, this is the second contract it has signed with a lobbying firm in Washington D.C. to help thwart Morocco’s efforts to put an end to this territorial dispute.

In addition to Keene Consulting, Algeria has been linked since 2007 with lobbying firm Foley Hoag, which undertakes lobbying activities in the US administration and both houses of Congress on behalf the Algerian government.

According to Al Monitor, Foley Hoag activities focus on members of the Senate who are sympathetic to the Polisario, such as senator James Inhofe (republican representing Oklahoma), who visited the Tindouf camps in 2017.