By
Tarek Bazza
-
Tarek Bazza is a journalist at Morocco World News with Master’s degree in Translation from King Fahd School of Translation in Tangier.
Nov 12, 2018
Spread the love

With this notable achievement, the young adventurer is believed to have set a world record by “becoming the youngest person to climb the highest mountain in North Africa,” reported Irish Mirror on Monday, November 12.

Davison scaled the 4,167-meter peak of Mount Toubkal with his mother Lyndsey and an an experienced mountaineer.

“At over 3,000m we could already feel the altitude but we set off for the summit at 7am the following morning,” Davison’s mother Lyndsey said.

The adventure was more challenging because of thick snow falling during the exciting trip.

“We wore crampons on our feet as most of the route to the summit was over a steep, icy slope of up to 40 degrees,” Lyndsey added.

The hike took more than two days. The first day involved “a testing four-hour trek to a mountain refuge where they spent the night.”

Mount Toubkal is a popular destination for hikers, adventure-seekers, and mountain climbers from around the world.

When the group reached the Toubkal summit after six hours of climbing on the second day, they experienced an “enormous sense of achievement,” according to Irish Mirror.

The low oxygen level, which drops to only 12.4 percent at the summits made it an arduous task. However, the group was “determined and pushed on steadily to the summit.” Davison was so excited that he walked quickly on the way back down.

“We descended in six hours and I had to keep asking Joshua to slow down so I could keep up,” Lyndsey said.

The adventure-loving kid is from Killarney in Kerry, a county in southwestern Ireland.

Davison’s family is submitting the details of their journey to be included in the Guinness Book Of Records.

Joshua has gone back to his school at St Oliver’s National School, Killarney, where he is probably sharing his exciting adventure with his classmates.

The six-year-old was already the youngest person to climb Ireland’s highest peak, Carrauntoohil, at 1,038 metres,  according to Irish Mirror.

Next year, Davison hopes to climb the 5,895-meters-high Kilimanjaro Mountain in northeast Tanzania. He wants to set another record for being the youngest person to summit Kilimanjaro to raise funds for the Make-A-Wish Foundation, the Irish outlet added. 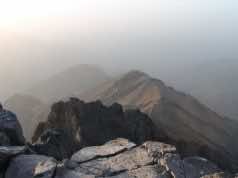 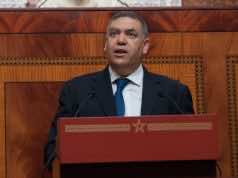 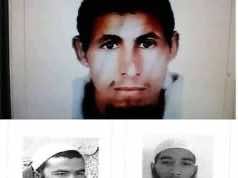