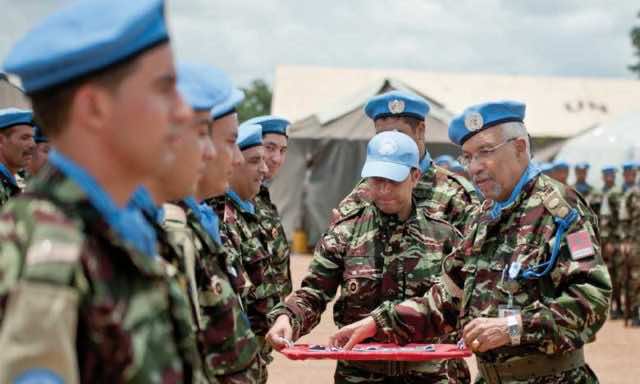 Rabat – Bourita told the press on Sunday at the forum that the main global challenges are peace, international security, climate change, and the fight against terrorism and migration.

“Morocco takes part in this forum in the framework of the vision of King Mohammed VI, which is marked by a direct correlation between stability on one side and development on the other,” Bourita said.

The minister also spoke about Moroccan soldiers contributing to peacekeeping in the UN Multidimensional Integrated Stabilization Mission in the Central African Republic (MINUSCA).

Morocco is one of the many countries that contributed peacekeepers to help bring stability in the conflict-stricken African nation. Since it was established in 2014, MINUSCA has deployed over 12,000 troops to the country to protect civilians, following concerns over CAR’s security, human rights, and political crisis.

Bourita said that since the creation of the UN, Morocco has sent more than 60,000 soldiers on peacekeeping operations in 17 operations around the world.

The minister added that the North African country has nearly 2,000 soldiers serving under the aegis of the UN to preserve peace and security.

The opening of the forum marked the Armistice Day commemoration in Paris on Sunday, November 11. King Mohammed VI and Crown Prince Moulay El Hassan attended the ceremony along with other world leaders.

The event was organized to pay tribute to soldiers, including Moroccan combatants, who died in World War I.