The Casablanca Court of Appeals has dismissed journalist Hamid El Mahdaoui from his first appeal hearing, following a heated quarrel with the attorney-general. 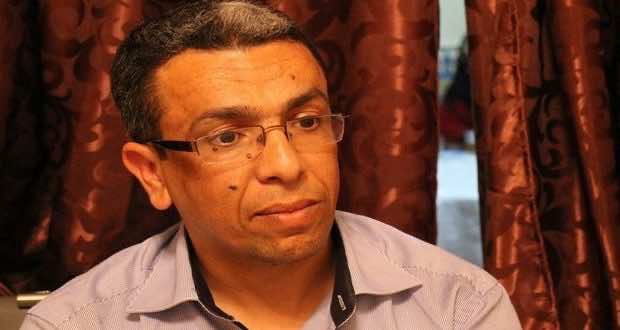 By
Ahlam Ben Saga
-
Ahlam Ben Saga is a Cultural Studies graduate from university Mohammed V of Literature and Humanities in Rabat.
Nov 13, 2018
Spread the love

Rabat- The first appeal hearing of journalist El Mahdaoui, sentenced to three years in prison for failing to report “an attempt to undermine internal state security” to the national police, did not go smoothly.

El Mahdaoui and his defense protested the judge’s “biased” approach in leading the hearing, complaining that the judge listened fully to the attorney general’s arguments but interrupted the appellant’s team.

The dispute metamorphosed into shouts when the attorney-general denied that he had previously told El Mahdaoui: “Moroccans are with you.”

“I swear to God you said that to me,” El Mahdaoui insisted before the judge dismissed him from the court, adjourning the hearing.

The public prosecutor condemned protests inside the court, stressing that the “decisions of the court must be respected by everyone.” He added: “An independent judiciary does not rule under the pressure of shouts and protests.”

The court postponed the hearing to December 3, 2018, for the defense to have more time to prepare.

Asmaa Al Wadii, El Mahdaoui’s other lawyer, argued, “The right to freedom follows the right to life,” and “One may only know the value of freedom when imprisoned,” reported Moroccan news outlet Hespress.

Police arrested El Mahdaoui, the founder of news outlet “Badil,” on July 20, 2017, for giving a speech at Place Mohammed VI in Al Hoceima encouraging people to join an “unauthorized” Hirak protest. The court also ruled that El Mahdaoui should pay a fine of MAD 3,000.

The journalist said in the speech: “The continuous detention of activists is an aggression against us … the state might be strong but we are stronger with the fact that our cause is just.”

Commenting on El Mahdaoui’s choice of words at the time, the public prosecutor stated that it was “incompatible with journalism as a profession dealing with collecting information and facts or investigating about them in a professional way in order to write or make media material.”

In June, El Mahdaoui was among 54 activists and journalists sentenced from 1 to 20 years. Leaders of the protests, including Nasser Zefzafi, Nabil Ahamjik, and Ouassim Boustati, received 20 years.

The sentencing of journalists and activists sparked outrage across the country and made international headlines, leading to a series of protests calling for the release of the Hirak detainees.

The Hirak movement began in October 2016 after the death of Mohcine Fikri, a local fishmonger who was crushed to death in a garbage truck while trying to save his goods that had been confiscated by authorities in Al Hoceima.

The incident angered citizens, causing protests across the country, but especially in Al Hoceima province, which condemned Fikri’s death and social disparities in the northern Rif region.