The finance committee to the House of Representatives has adopted 56 amendments on the 2019 Finance Bill, including a tax increase on soft drinks and shisha.

By
Tarek Bazza
-
Tarek Bazza is a journalist at Morocco World News with Master’s degree in Translation from King Fahd School of Translation in Tangier.
Nov 14, 2018
Spread the love

Rabat – The finance committee voted on the first part of the 2019 finance draft bill by adopting 56 amendments and withdrawing 72 of 224 total amendments on Sunday, November 11.

The amendments included raising domestic consumption taxes by 50 percent on soft and non-carbonated drinks with high sugar levels, according to a statement released by the ministry delegate in charge of relations with the Parliament on Monday, November 12.

Beginning January 1, 2019, “Soft drinks manufacturers, which used to pay MAD 30 per 100 liters, will [now] pay MAD 45,” while domestic taxes on nectar will increase from MAD 10 to 15 per 100 liters, reported the daily newspaper L’Economiste.

For energy drinks such as Redbull, the domestic consumption tax will increase from MAD 500 to 600 per 100 liters.

A VAT of MAD 70 per 100 liters will be applicable on sales of soft and non-carbonated drinks that contain 5 grams or more of sugar per 100 milliliters.

The government expects to generate over MAD 313 million from domestic consumption taxes on soft drinks in 2019.

Minister of Economy and Finance Mohamed Benchaaboun approved the amendments, which received a unanimous vote on the tax increase.

The move, according to the committee, aims to reduce the effects of sugar on public health. Over 2 million people in Morocco suffer from diabetes and elevated blood pressure.

The government hopes the tax increase will reduce the costs of Morocco’s social protection funds, which currently allocate more than 50 percent of their budget to diabetes and chronic diseases.

According to a study conducted by the High Commission for Planning, in 2016, about 10 million Moroccans were overweight, including 6 million women.

The increased tax may make consumers reduce their consumption of soft drinks and juices and make manufacturers revise the sugar quantity they put in the drinks.

According to L’Economiste, the tax will increase from MAD 350 to MAD 450 per kilogram.

The domestic consumption tax on certain cigarette brands will increase as well.

The tax increase will affect the most widely-consumed cigarettes on the market: Marlboro and Marquise. Marlboro packs will be sold for MAD 40 instead of 33, and Marquise for MAD 21 instead of 19.

The 56 adopted amendments also included VAT exemption on sales of “water pumps generated by solar and all renewable energies used in the agricultural sector.” VAT exemption will also be applicable on anti-meningitis drugs. 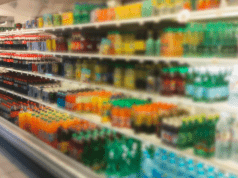