Morocco will host the 2018 Pan African Humanitarian Summit and Awards bringing together 150 nation builders from 42 countries. 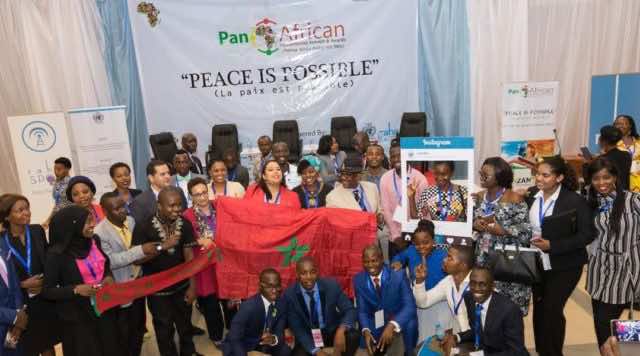 By
Tarek Bazza
-
Tarek Bazza is a journalist at Morocco World News with Master’s degree in Translation from King Fahd School of Translation in Tangier.
Nov 14, 2018

Rabat – The 2018 summit, under the theme “Africa, My Home: An Inclusive Participation for Africa’s Development,” will meet November 16-17 at Palais des Congres Rabat.

The event will host civil, political, art, and media personalities as well as representatives of the public and private sectors and diplomatic missions.

The summit’s activities “will focus on themes which form the main strategic vision of the 2030 UN Agenda and the African Union (AU) agenda 2063, including migration, gender, youth and women’s participation in development and peace as well as education, employment and climate change,” reads a press release by the Pan African summit.

The summit will also focus on “African cultural identity and its contribution to socio-economic transformations in Africa, as well as the role of civil and civic diplomacy in promoting people-to-people relations and partnerships exchanges bilaterally and regionally.”

After Morocco re-joined the AU in January 2017, the country took part for the first time in the 2017 Pan African Humanitarian Summit and Awards in Tanzania on November 18 last year.

Morocco’s ambassador and country director to the Pan African Humanitarian Summit, Karima Rhanem, told Morocco World News, “Morocco was chosen for its global and regional commitments to just causes, it is a country that has shown solidarity, vision and leadership in promoting socio-economic development and cooperation in Africa.”

At the 2017 Pan African Humanitarian Summit, Morocco took the chance to share its experience in human and socio-economic development with over 300 delegates.

Morocco’s leadership “has been clearly seen through several investments and efforts deployed by Morocco under the wise leadership of HM King Mohammed VI in the past few years to promote South South cooperation and to contribute to the development of the African continent,” she added.

She noted that 85 percent of Morocco’s foreign direct investment goes to Africa. This makes Morocco the “number one investor in West Africa and the second largest investor in the African continent.”

Morocco may have left the AU for three decades but it never left the African continent and “has ever since strengthened ties with several African countries on the bilateral level,” Rhanem affirmed.

After the 2017 Pan African summit, the Moroccan International Center for Diplomacy signed a partnership agreement with the Nigerian-based Pan African Center for Leadership and Entrepreneurship Development to organize the fourth summit in Morocco.

Rhanem said that the King regards Africa as “his natural home and deployed considerable efforts in strengthening partnerships with African countries.”

“It is a beautiful day when one returns home after too long of an absence,” King Mohammed VI said at the AU summit in January 2017.

King Mohammed VI has made over 52 visits to several African countries in the last 19 years.

Holding the summit in Morocco, according to Rhanem, shows “the Kingdom’s commitment towards regional and global issues and provides for an institutionalized platform for dialogue for civil society and other stakeholders.”

Speaking about migration, Rhanem asserted that Morocco is “the only African country with a full integration policy for African migrants and refugees.”

On November 7, Moroccan Minister of the Interior Abdelouafi Laftit said that 50,000 migrants residing in Morocco have been regularized since 2014. The number accounts for about 85 percent of the overall applications from foreign nationals in Morocco.

The objective of the 2018 summit is to identify concrete African solutions on sustainable peace and social-economic development in Africa.

Rhanem said that one of the main objectives of the summit is to “demonstrate HM the King’s leadership in Africa and his efforts in promoting South-South cooperation.”

The event will also be an opportunity to exchange Morocco’s experience in human and economic development with other African countries.

This year’s meeting seeks to “provide technical expertise to delegates on how to move Africa from consumption of international aid programs to a strong strategic economic and geopolitical partner,” according to the Pan African Summit’s press release.

At the end of the summit, an award ceremony will pay tribute to African personalities who have developed Africa in various fields.

The activist was the first Moroccan woman to be nominated for the award, in the category of “Young Achievers Award on Social Leadership and Nation Building.”

The summit will come one month before the UN Global Compact on Migration conference in Marrakech.