El Othmani will postpone the weekly government meeting this Thursday to attend the inauguration of Morocco’s high-speed train, LGV, on the same day.

By
Ahlam Ben Saga
-
Ahlam Ben Saga is a Cultural Studies graduate from university Mohammed V of Literature and Humanities in Rabat.
Nov 14, 2018
Spread the love

Rabat- Head of Government Saad Eddine El Othmani announced via a communique that the council will be held on Friday instead.

The meeting is set to approve the draft law related to the establishment of a Moroccan health insurance fund; examine three other draft decrees dedicated to improving conditions for the installment and use of marine fishing vessels; and create an organization for Tangier’s Training Institute for Renewable Energy and Efficient Energy. The final draft decree concerns the National Greenhouse Gas Inventory System.

A few changes also occurred in French President Emmanuel Macron’s schedule, shortening his visit to Morocco on the day of the LGV inauguration.

Instead of landing in Rabat and sharing lunch with King Mohammed VI, President Macron may land in Tangier’s Ibn Battouta airport and go directly to Tangier’s new LGV train station to attend the ceremony, then quickly fly back to France to be present at another ceremony at ÉlyséePalace in Paris.

The French and Moroccan flags, which decorated the streets of Rabat at the start of the week in anticipation of Macron’s visit, were taken down.

Tangier’s new LGV station is ready to receive passengers. Photos of the polished station have been circulating online since Monday.

Several French companies collaborated in the construction and furnishing of the LGV, including SNCF, Alstom, Cegelec, and Ansaldo-Ineo. The cooperation has led international media to describe the LGV as a “flagship project of the bilateral relationship.”

The project cost €2 billion, and according to BFMTV, the French government financed 51 percent of the project through various loans. 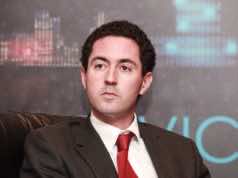