A Moroccan delegation from the Morocco-EU Joint Parliamentary Commission, led by MP Abderrahim Atmoun, has met European MPs this week in Strasbourg.

MPs approved an agenda which aims to “maintain a continuous and regular dialogue on all aspects of the Moroccan-European partnership that should have a positive impact on the pace of negotiations already under way,” according to a statement from the joint commission.

Atmoun also welcomed the favorable opinion that the European Parliament adopted in Strasbourg towards renewing the agriculture agreement between Morocco and the EU.

The Committee on Agriculture and Rural Development at the European Parliament voted for it on Monday, November 12. The agriculture agreement aims to extend trade preferences to agricultural and fishing products from Western Sahara in southern Morocco.

Atmoun also congratulated the European Parliament on the positive vote for Morocco in the Committee on Foreign Affairs and the Subcommittee on Human Rights on the 2017 report on human rights and democracy in the world.

The report was “marked by the rejection by an absolute majority of a draft resolution presented in this report against the Kingdom of Morocco.”

Atmoun considered the vote “a recognition of the Moroccan experience by the European institutions in the field of strengthening human rights; and that Morocco continues to respect its international commitments while contributing substantially to the development of international human rights law, which has allowed it to obtain ‘advanced status’ with the EU and ‘Partner for Democracy’ from the Parliamentary Assembly of the Council of Europe.” 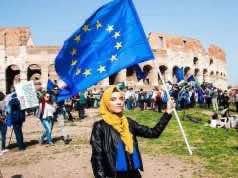