Bangladesh’s Rohingya Relief and Repatriation Commissioner Abul Kalam says the persecuted Rohingya population will not be forcibly moved back to Myanmar. 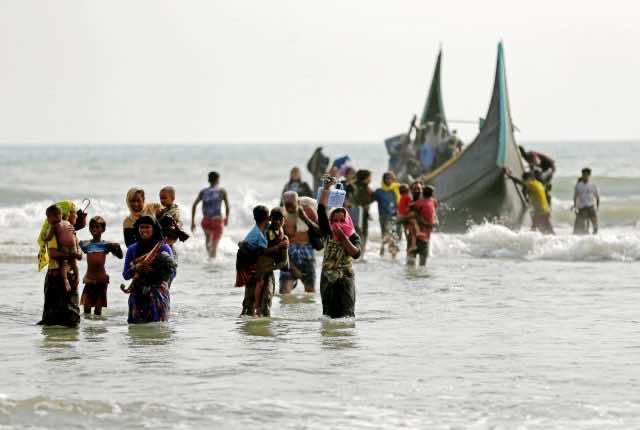 Rabat – Kalam’s announcement came as protests by the Muslim Rohingya population who fled persecution in Myanmar broke out across refugee camps in Bangladesh. The protestors said they feared more violence if they were repatriated to Myanmar.

Bangladesh had originally brokered a deal with Myanmar to begin returning 2,260 Rohingya refugees from nearly 300 families on Thursday. The UN refugee agency and human rights groups criticized the move to begin repatriation, saying Bangladesh can not force the Rohingya back against their will.

“The plan to begin returning the Rohingya to Myanmar comes just days after UN investigators warned of an ‘ongoing genocide’ against the Muslim minority.” The terms of the repatriation deal have yet to be made public.

Beginning in August 2017 the Rohingya population in Myanmar experienced army-led violence in response to a series of attacks by Rohingya rebels on military compounds. The Myanmar military’s campaign killed more than 6,700 people and forced nearly 700,000 to flee into neighboring Bangladesh.

The UN Human Rights Commission stated that there were credible reports of “massacres, murders and mass rapes,” as hundreds of Rohingya villages burned across the Myanmar countryside. The sheer scale of the crimes led many nations and human rights organizations to accuse Myanmar’s government of ethnic cleansing and genocide.

Aung San Suu Kyi, the de facto leader of Myanmar’s civilian government and winner of the Nobel Peace Prize, has been widely criticized for failing to condemn or even acknowledge the atrocities directed against the Rohingya at the hands of Myanmar’s armed forces.

In a stunning rebuke Amnesty International revoked Aung San Suu Kyi’s Ambassador of Conscience award, given to her in 2012, two years after her release from a years long period of house arrest for her efforts to promote democratic reforms in Myanmar.

Writing in the Washington Post, Kumi Naidoo, the secretary general of Amnesty said, “Although her party does not control the military, Aung San Suu Kyi has allowed herself and her government to become a shield for military abuses.”

Aung San Suu Kyi faced further criticism this week when she attended the Association of Southeast Asian Nations (ASEAN) summit in Singapore. US Vice President Mike Pence repeatedly pressed her to protect the Rohingya, “This is a tragedy that has touched the hearts of millions of Americans.”

Pence also told her Americans believe in a “free and independent press,” saying Myanmar’s jailing of two Reuters journalists last December who had been covering the massacre of the Rohingya was “deeply troubling.”

Myanmar is a Buddhist-majority country and many do not accept the Rohingya as true members of Myanmar society, instead viewing them as “Bengalis” who immigrated illegally from nearby Bangladesh. Nearly all Rohingya have been denied citizenship in Myanmar since a 1982 law went into effect.