Gendarmes have arrested a woman who beat her 6-year-old son in a video, while repeating: “Tell your father to divorce me!” 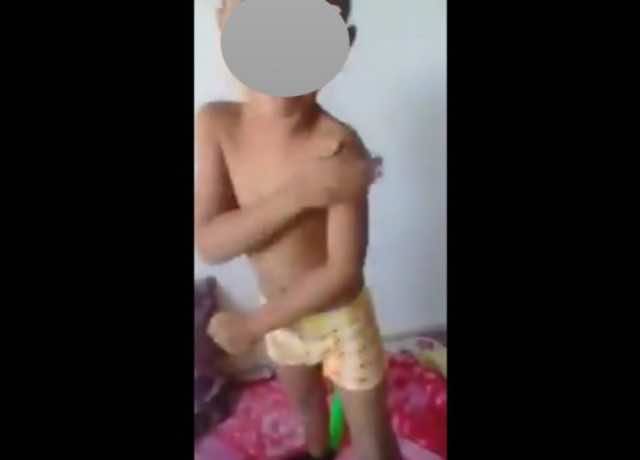 Rabat- After a video of the incident was posted online and went viral on Wednesday, the Royal Gendarmerie in Tit Mellil in the Mediouna Province of the Casablanca-Settat region arrested the violent mother.

The Moroccan child’s rights organization “Matkisch Weldi” (Do Not Touch My Child) has confirmed that the child in the video, only 6 years old, goes to a private school in Tit Mellil. The organization said the child is on the receiving end of his mother and father’s constant fighting.

After the mother recorded herself beating the child, she sent the video to her husband, whom she kicked out of their house in an effort to make him divorce her.

The father later filed a complaint against her with the King’s attorney-general in the Court of First Instance in Ain Sebaa, Casablanca, leading to her eventual arrest, reported Moroccan news outlet Alyaoum 24.

In 33 seconds, the spine-chilling footage shows glimpses of the child’s toys lying forgotten amid the violence as he pleads with his absent father: “Come now and divorce her; she’s hitting me.”

The angry mother, continuing to strike the child, said to her son: “Are you two ganging up on me?” referring to her husband.

The graphic video garnered widespread anger and condemnation from Moroccans.

Under the Moroccan Moudawana Family Code, both men and women have the right to petition for divorce. However, a man may not divorce his wife without the permission of a judge. Women can file for divorce in case of abandonment or violence, but must also get a judge’s permission.

In terms of child custody, priority goes to the mother.

facing children in North Africa and the Middle East region, according to a United Nations Children’s Fund (UNICEF) report.

The 2017 report stated that 91 percent of children in Morocco are exposed to violence.

The majority of children exposed to violence are aged between two and 14 years old, and that the violence exists in several forms, including physical, verbal and psychological.