Rabat- The news comes in line with speculation about Spanish Prime Minister Pedro Sanchez’s awaited first visit to Morocco since his election in June.

Spanish news outlet El Pais reported Saturday that any awkwardness caused by Sanchez’s delayed visit vanished at Sunday’s World War I ceremony in France. Sanchez met and talked with King Mohammed VI, who was at the event along with other world leaders.

The outlet stated that Sanchez made an appointment to visit Morocco soon after his election on June 2, but has not yet found a suitable time for the meeting.

The delay may have proved “uncomfortable” for the King and the Spanish minister, especially during the Marrakech Intergovernmental Conference to Adopt the Global Compact for Safe, Orderly and Regular Migration on December 10, without Sanchez having made a prior formal visit to Morocco, the host country.

During his rumored visit, Sanchez and Spanish Minister of the Interior Fernando Grande Marlaska will meet with Head of Government Saad Eddine El Othmani.

The focus of the visit will be on irregular migration. As of November 14, about 56,000 undocumented migrants crossed the sea from Morocco to Spain this year.

According to Spain’s interior ministry, around 3,300 irregular migrants have entered Spain through the highly fortified borders of the two Spanish enclaves, Ceuta and Melilla, this year.

El Pais explained that the visit’s delay never hinted at “bad bilateral relations” between the two countries, asserting that Morocco has always been one of the first destinations that Spanish ministers and diplomats traditionally visited.

Spain did not hesitate to support King Mohammed VI’s offer of dialogue with Algeria in his speech on the 43rd anniversary of the Green March.

Spain has also been a vocal advocate for raising the EU’s funding for increased border control in Morocco. In October, the EU approved a €70 million fund to assist Morocco in combating irregular migration.

The EU-Morocco fisheries agreement, although not yet ratified, will allow Spanish fishermen to fish in Moroccan waters.

The agreement offers 138 fishing licenses to European boats, half of which will be for Spain.

Spanish Minister of Agriculture Luis Planas asked for a “rapid ratification” of the EU-Morocco fisheries agreement at the European Parliament on Tuesday.

Planas met with Spanish MEPs and the European Parliament’s Agriculture and Fisheries Commissions, urging them to accelerate the ratification of the agreement so that it can be approved in the first quarter of 2019. 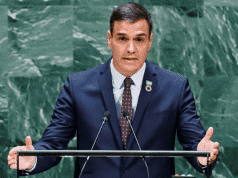