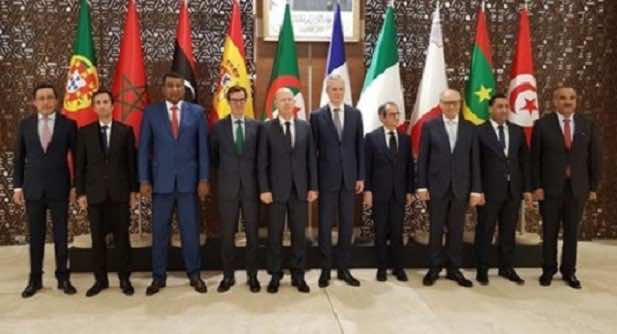 Rabat – Morocco’s ambassador to Algeria, Lahcen Abdelhak, also participated in the business symposium, where Benchaaboun spoke on a discussion about “financial/investment aspects related to climate change and energy transition.”

The meeting serves as a hub to exchange expertise in business of interest for the region and the participant countries.

Panels discussed information exchange and intelligence in customs, tax policies to attract investment, and the opportunities and challenges of Fintech.

The Moroccan delegation included Morocco’s director of the Treasury and External Finance, Fouzia Zaaboul, and Chafic Essalouh, director of studies and international cooperation in customs and excise at the Tax administration.

Maghreb Arab Press (MAP), which reported on the event, did not mention King Mohammed VI’s offer to Algeria for dialogue to normalize relations between the two countries.

It has been two weeks now since King Mohammed VI called on Algeria to get involved in direct talks with Morocco to break the stalemate that creates tension between the two neighboring countries.

To date, Algeria has not issued any official statement in response to Morocco’s dialogue initiative, although President Abdelaziz Bouteflika sent a congratulatory message to the King on the anniversary of Independence Day on Sunday, November 18.

However, the message also did not mention the Moroccan offer and was just like any formal congratulatory cable Algeria’s government sent to Morocco on an occasion like the Independence Day.

Silent on the Moroccan offer, Bouteflika reiterated his country’s “firm determination” to strengthen the bonds of fraternity and solidarity uniting the two fraternal peoples, in favor of bilateral relations based on mutual respect.