With official Moroccan laws written in Arabic and posted online in unsearchable PDFs, many foreign investors may find it impossible to know exactly where the law stands.

Rabat – In Morocco, new and amended laws become effective the moment they are publicly announced in the official gazette. The general secretariat of the government (SGG) publishes laws and legal notices in the Official Gazette, known in French as Le Bulletin Officiel.

The national printing office provides a print edition, available only in Rabat at L’imprimerie Officielle, and the SGG an online version.

The Official Gazette is published in four editions: a general edition for laws, decrees, treaties, and other decisions in Arabic, sometimes translated into French; a weekly legal notices edition of judicial and administrative affairs in Arabic; a weekly record of the debates of the House of Representatives in Arabic; and a general semi-monthly edition with French translation.

Subscribers can receive the paper version by mail, but it can take up to one month after the publication date to receive it.

Problems with the digital version

The website gives direct and free access to all official gazettes since the first issue, whether in French or Arabic, and the site is regularly updated.

Moroccan lawyer Zineb Laraqui, who has worked extensively on these issues, explained to MWN that “not all the laws are translated into French, a regular language of business in Morocco. In addition, investors using English as a business language will find there is no official translation into English.”

Only the first, general edition for laws in Arabic and French (when it is translated) is online.

Language barriers aside, the inability to search the online pdfs is a major hindrance to finding the right information on the gazette, according to the Marrakech-based lawyer and co-founder of online platform jurisprudence.ma.

Because the PDFs in the website are not plain-text documents but scanned versions of the printed publication, users have to look for information page by page.

Users sometimes find missing pages. On the international conventions page, the links for some pages return 404 errors. The error message indicates the web page has been removed but has not been redirected to a new address, becoming a “dead link.”

By comparison, Algeria’s SGG started annotating the PDFs of its recent gazette editions with text. The Tunisian official gazette website offers legal documents in a searchable format, using the PDF/A (accessible PDF) format. The official Saudi journal offers a dynamic view where users can search and retrieve information without leaving the page.

The online version of the London Gazette,  one of the British government’s official journals, has a similar layout to the Tunisian website. It has scans of the print publication and a text layer added to each page. The layered pdf makes it possible to search and copy text from the document as it looks in the print version.

The online Official Journal of the European Union has other features. The documents are not only multilingual and searchable but also clickable. Readers can click summary paragraphs to open the relevant detailed pages. The RSS service provided in the website allows registered users to follow documents and get notifications if they are changed.

A potential negative impact for businesses 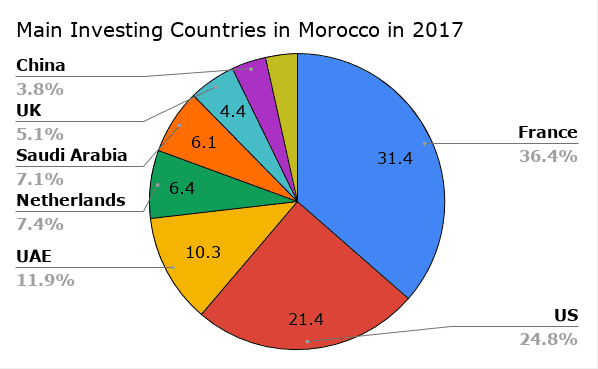 In the past few years, the SGG has made fewer French translations of laws, including most commercial and corporate legislation. According to Laraqui, “the lack of translated legal material could drive away potential investors.”

Most countries investing in Morocco speak French or use English as a first or second language. France and the US are Morocco’s biggest investors by far, while only three of the top eight investing countries are Arabic-speaking.

Laraqui explains that “when a new law amends or supplements an existing law, the website is not updated with the consolidated law, in contrast to Tunisia’s legislation website.”

The legal notices issue is also not available online. The edition contains important legal notices on companies so that third parties can see information about bankruptcy, etc.

According to Laraqui, “It might seem reasonable to have an official translation of all business and corporate laws, but a more urgent need for the business community is the actual availability of current laws.”

To enable readers to search for keywords, such as their company’s name or register number, the contents of the gazette’s website need to be presented in plaintext.

Using optical character recognition (OCR) would turn the scanned images of text into machine-readable text. Of course, OCR can contain errors depending on the clarity of the image and whether the letters can be easily distinguished. But OCR would be an improvement for the gazette.

The French Protectorate in the Cherifian Empire established by the Franco-Moroccan Treaty of Fez, published the first gazette in Morocco on November 1, 1912.

Meanwhile, between 1918 and 1956, the Tetouan-based General Secretariat of the High Commission of Spain in Morocco published an official journal for northern Morocco.

While Morocco’s official gazette is a continuation of its historical gazettes, it can move into the future by becoming more accessible.