Rabat - The attack occurred at a wedding hall in Kabul, where hundreds of Afghan religious scholars had gathered to mark the birthday of the Prophet Muhammad. 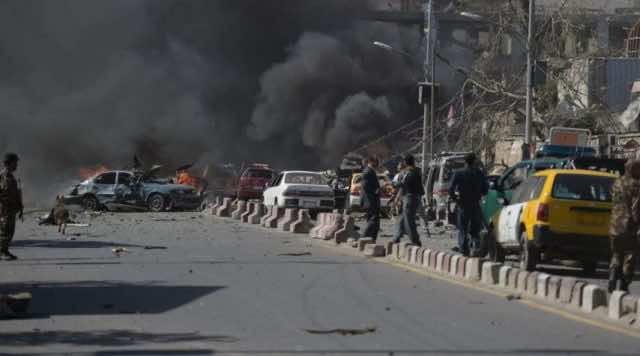 Rabat – The attack occurred at a wedding hall in Kabul, where hundreds of Afghan religious scholars had gathered to mark the birthday of the Prophet Muhammad.

Wahid Majroh, Afghanistan’s health ministry spokesperson, confirmed at least 55 were killed with 94 others injured, adding he expected the death toll to climb as many victims were in critical condition.

It is unclear who is responsible for the bombing, although the Taliban released a message on Whatsapp condemning the attack. According to the Associated Press, the bombing bore the traits of an ISIS-affiliate-sponsored operation.

Both the Taliban and the ISIS groups have targeted Kabul with a renewed frequency in recent months, but as AP explained, “they are bitterly divided over leadership, ideology and tactics. The Taliban mainly target security forces and government officials, while IS specializes in sectarian attacks on civilians.”

Afghan President Ashraf Ghani declared Wednesday, November 21, a day of national mourning for the country, according to his spokesperson who posted a statement on Twitter.

Pres. @ashrafghani condemns the terrorist attack on a gathering commemorating birthday of Prophet Mohammad SAW in Kabul. He sent his thoughts and condolences to the bereaved families of victims while instructing the authorities to use every possible mean for cure to the wounded.

In June of this year, a similar attack targeted Muslim scholars as they gathered in front of Kabul’s Polytechnic University, killing seven people.