Essaouira has signed the “Cordoba Declaration for Peace, Dialogue, and Diversity.” a peace initiative created to fight religious discrimination.

Essaouira’s vice mayor made history by leading the city to become the first and only non-European member of the pact. The alliance consists of the Spanish cities of Cordoba, Seville, and Granada, in addition to Nuremberg, Germany.

The mission of the agreement is to combat religious tensions and promote peaceful values, according to Maghreb Arab Press (MAP).

The cities’ representatives gathered to officially sign the document in a meeting in Medina Azahara, near Cordoba, Spain. Andre Azoulay, president of the Foundation of the Three Cultures of the Mediterranean, said he was proud to see the city of Essaouira join the accord and praised the new foundation the agreement is laying in intercultural communication and cultural exchange, according to MAP.

The purpose of the agreement is to fight discriminations based on race, Islamophobia, and anti-semitism, while also promoting peace and open dialogue.

Cordoba’s mayor Isabella Ambrosio spoke highly of the agreement, saying, “The signatory cities are a world reference in the coexistence of the three monotheistic religions.” She added that the cities hoped to promote this peace and open dialogue in cities across the world.

The vice president of Essaouira’s city council, Tarik Ottmani, represented the city in Medina Azahara and participated in the signing ceremony alongside the mayors of all the other cities.

Azoulay also spoke highly of the leadership of King Mohammed VI as a reason for Morocco’s ability to be a part of this inclusive agreement. 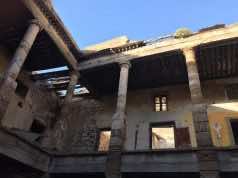