Rabat –  The vote reflects the positive position of political groups that represent the commission at the EU Parliament concerning the partnership between EU and Morocco, according to Maghreb Arab Press (MAP).

Other EU commissions will discuss the EU-Morocco agricultural deal, including the commission of foreign trade and fisheries (INTA) before the final vote on the agreement.

Prior to AFET’s vote, the EU Parliament committee on Agriculture and Rural Development announced that it is in favor of renewing the EU-Morocco agriculture agreement earlier this month.

The committee’s views may reflect the “position of the political groups represented therein in favor of the adoption by the European Parliament of this agreement which aims at extending trade preferences to agricultural and fishing products from Morocco’s southern provinces.”

Morocco and the EU also agreed on renewing their fisheries deal, which expired on July 14.

Several members supported the renewal of partnership between Morocco and the EU, including Spain.

On November 13, Spanish Minister of Agriculture Luis Planas called for a “rapid ratification” of the EU-Morocco fisheries agreement at the European Parliament.

The official asked them to speed up the ratification so that it can be approved in the first quarter of 2019 to allow Spanish fishermen to fish in Moroccan waters.

He told the press that he received positive reactions from the MPs. 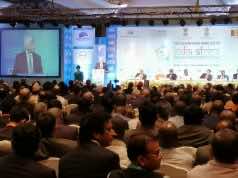