Rabat- El Khalfi said the government has allocated MAD 17.67 billion for the subsidy fund in the 2019 Finance Bill.

Moroccan citizens, he said, should know today that the government provides them with an “excellent service” every time they buy a bottle of gas or flour and sugar, reported Moroccan outlet Machahid 24.

Expenses from the subsidy fund is expected to reach MAD 17.65 billion by the end of 2018, while the government was expecting to spend just under MAD 13 billion in the 2018 Finance Bill.

As the subsidy fund’s mission is coming to an end, the El Othmani government announced Thursday that it will present to Parliament a bill to target the poor who are eligible for support after the price liberalization of flour, sugar, and butane gas, so far subsidised, scheduled for the end of 2019, according to Moroccan outlet Le 360.

In 2016, the previous government, led by Abdelilah Benkirane, introduced a reform of the subsidy fund to remove subsidies. 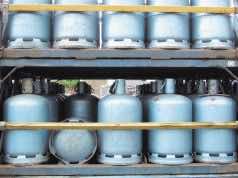