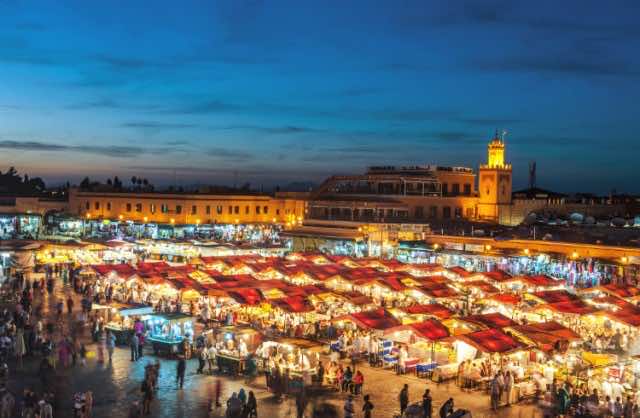 By
Tarek Bazza
-
Tarek Bazza is a journalist at Morocco World News with Master’s degree in Translation from King Fahd School of Translation in Tangier.
Nov 22, 2018
Spread the love

Rabat – When it comes to travel safety, any tourist may ask: is Morocco safe as most European countries, the US, and Canada?

The reassuring answer is that Morocco has a low risk level, according to the 2019 Travel Risk Map.

The North African country maintained this level over the last three years.

Iran, Jordan, Oman, Qatar, the UAE, Kuwait, are also among the low risk countries in the Middle East.

All Moroccan cities are low risk except for Morocco’s southern provinces in Western Sahara, which are designated a medium risk status.

Morocco is the only country to have a low risk level in North Africa. Algeria and Tunisia are medium risk, while Egypt is high risk.

The Travel Risk Map 2019 helps organisations and travellers better understand the risks in the destinations where they operate and travel.

The travel security risk rating is based on the actual threat posed to travellers by political violence, namely terrorism, as well as social unrest and crime.

The danger level also takes into consideration other factors such as “the robustness of the transport infrastructure, the state of industrial relations, the effectiveness of the security and emergency services and the country’s susceptibility to natural disasters.”

The Ipsos MORI Business Resilience Trends Watch 2019 report shows that 43 percent of business decision-makers expect travel risks to rise in 2019, according to The Independent.

“Although some 47 per cent think risks have increased over the past year, this represents a 16 per cent decrease from 2017, when 63 per cent said risk had increased.”

Countries with extreme risk levels were mainly countries in Africa and the Middle East including Syria, Yemen, Afghanistan, Libya, South Sudan and Somalia.

Very few countries such as Denmark, Norway, Finland, and Luxembourg are among the “insignificant” travel risk category.

When it comes to road safety, however, Morocco is shown to have a high risk status. This could be mainly due to the high number of accidents in the country.

Between January and May 2018, some 1,052 traffic accidents occurred, according to a provisional toll issued by the National Committee for the Prevention of Traffic Accidents (CNPAC).

Most countries in Africa and the Middle East are in either the “high” or “very high” risk category for road safety, except for Egypt which is at a “moderate” level.

The Medical Risk Map shows that Morocco is a medium risk country alongside Tunisia, Egypt in North Africa, whereas Algeria has a high medical risk level.

International SOS released the map in collaboration with Control Risks and in conjunction with the Ipsos MORI Business Resilience Trends Watch 2019 report.