A royal navy coast guard assisted a boat in distress off the coast of Nador on Saturday.

Rabat – About 53 sub-Saharan undocumented migrants were aboard, including eight women.

The members of the royal navy found 15 dead bodies aboard the boat, which had been drifting for four days after an engine failure.

According to Maghreb Arab Press (MAP), the members of the royal navy brought the migrants back to the port of Nador.

In recent years, Morocco has been under constant pressure due to the flow of undocumented migrants who consider Morocco a transit country to reach Europe.

On October 30, the National Brigade of Judicial Police (BNPJ) arrested 26 suspected members of a criminal network in Oujda and Berkane in northeast Morocco.

The recent arrest dates back to November 23 in Tangier when members of Morocco’s General Directorate of National Security (DGSN) dismantled a criminal network involved in irregular migration.

El Khalfi said that the number of undocumented migration attempts has increased in recent years, especially since 2016. 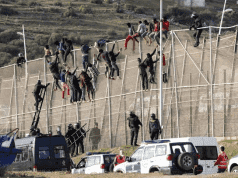 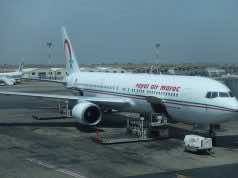