A new Arabic hashtag, equivalent to #Let_it_cluck, has surfaced on Moroccan social media, calling for a boycott against the rise in chicken prices.

By
Ahlam Ben Saga
-
Ahlam Ben Saga is a Cultural Studies graduate from university Mohammed V of Literature and Humanities in Rabat.
Nov 26, 2018

Rabat- In Morocco, whole unplucked chickens usually cost no more than MAD 16 per kilo in souks or from chicken vendors. Sometimes prices will drop to MAD 11 or MAD 10 per kilogram.

Cleaned whole chickens usually cost MAD 28 to MAD 30 per kilogram in both souks and supermarkets.

Lately, chicken prices at regular souks and chicken vendors reached MAD 25 per kilogram, prompting Moroccans to launch the “Let_it_cluck” hashtag to express discontent with the new prices which many considered “over the top.”

Moroccans have been wondering why chicken prices have risen.

According to a communique by Morocco’s Interprofessional Poultry Federation (FISA), the truck drivers’ strike that started across the country in October crippled transportation, affecting the poultry sector.

Many trucks transporting poultry to souks throughout Morocco were unable to operate because of strikers stopping the trucks and threatening to use violence if necessary. Often, the poultry transports were forced to return to villages and poultry farms without transporting the goods.

FISA had already foreseen and warned of “a significant rise in prices” in October following the transportation problems. The strike also led to an increase in vegetables, fruits, and fish prices.

The truck drivers led strikes against the Ministry of Equipment, Transport, Logistics, and Water’s decision to require drivers take training costing MAD 4,000- 8,000, which they considered too expensive.

The boycott caused major economic losses for the targeted companies in its early days.

Other less resonant calls for boycott came in summer against the high prices of fish. 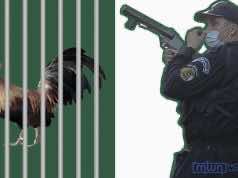