Rabat – The Legatum Institute, an independent educational charity based in London, has ranked Morocco 103rd out of 149 countries on a global prosperity index. The country falls one place behind Tunisia and one above Tanzania.

Morocco ranks second highest in the Maghreb region after Tunisia, while ranking 9th in the Arab world. In Africa, Morocco falls behind Mauritius, Namibia, Botswana, Ghana, Rwanda, and Kenya.

Morocco increased its score by 3 points in social capital since last year, while scoring 3 points lower in health.

The five Maghreb countries have all ranked among the bottom 50 in the index, with Tunisia 102nd, Algeria 116th, Libya 133rd and Mauritania 142nd.

The United Arab Emirates is the most prosperous country in the Arab world, according to the index. 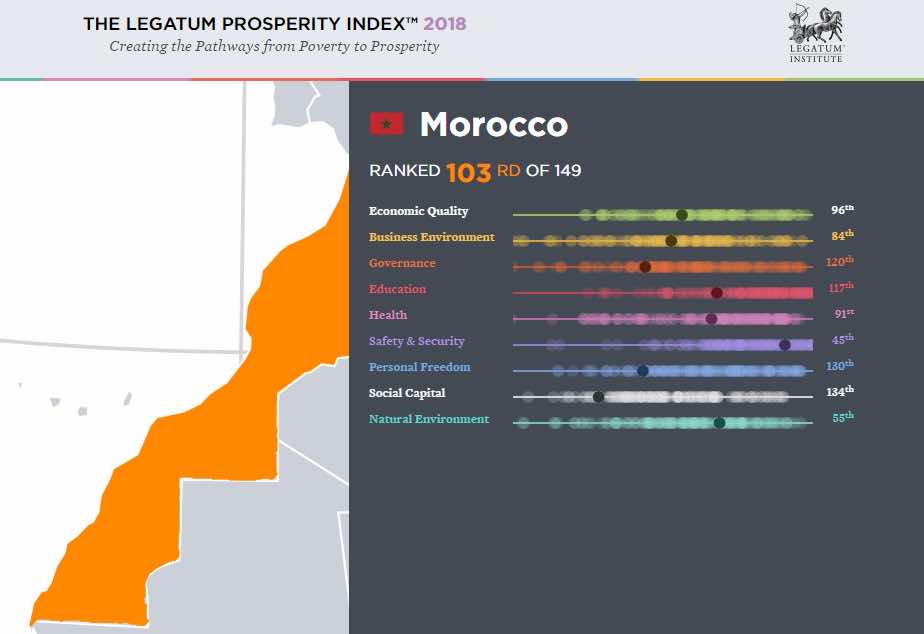 In terms of internet freedom, the US-based Freedom House report touched upon several issues in Morocco,  such as freedom of the press and freedom on the net.

The report noted the government’s crackdown on online news outlets and imprisoning of journalists and activists for their involvement in the Hirak protests in Al Hoceima.

The report addressed the difficulty of creating a news website in Morocco, noting the partial freedom of the country.