A Moroccan inmate in Switzerland made use of a medical appointment to escape prison.

Rabat – A 23-year-old Moroccan prisoner escaped on Thursday during a doctor’s visit in Frauenfeld, Switzerland, reported the Swiss daily Blick.

Local police confirmed that the prisoner, who is currently in the open, is not a danger for the population because he was not imprisoned for a “violent crime.”

The police are still trying to track down the prisoner, who escaped with handcuffs on, with the use of scent hounds.

A similar incident occurred on Wednesday, when a 22-year-old Algerian escaped while at a doctor’s appointment in the Swiss Gommiswald municipality.

Read Also: Morocco Aims to Be in Top 50 Countries for Doing Business in 2021

On the same day, the police found and arrested the Algerian detainee who had been in custody for over a month on a charge of burglary. 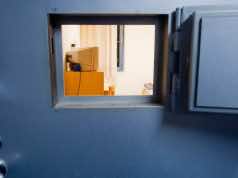