Morocco World News
Home News Morocco ‘Nothing About Us Without Us:’ Making Migrants Part of Global Debates

Depending on your political outlook, upbringing, social network, education, and the news outlet you are most exposed to, migrants are either the cause of all of your country’s problems or a source of social dynamism and economic vitality.

Rabat – The 11th Global Forum on Migration and Development (GMFD), which was launched yesterday in Marrakech, sought to tackle the question of narrative and policy-making pertaining to the increasing transcontinental mobility.

Convening country delegates, academics, civil society, and media personalities, the forum revolved around an overarching theme of finding the mechanisms needed to fully integrate migrants in their host countries.

The mood was set at around 10 a.m, with a plenary panel that mainly discussed ways to implement international agreements and conventions to “ensure the respect of the rights of migrants, regardless of their status.”

Louise Arbour, the representative of the UN-Secretary General, said that the forum’s aim is to “harness the undoubted benefits of migration and mitigate its numerous challenges.”

While they approached the forum’s theme “Honoring International Commitments to Unlock the Potential of All Migrants for Development” from different approaches, panelists overwhelmingly agreed on the importance of narrative. How we present migrants in the political debate, they argued, has a huge bearing on the societal and political dynamics of how each society includes its migrants in its policy-making.

Listening to the different speakers, there was a discernible sense of hope in and commitment to international conventions on migration. When properly managed, migration can be a source of socio-economic wealth, they explained in chorus.

There were talks on the need to respond to populism and reactionary pan-nationalism with “creative, innovative and inclusive policies.” Some pointed out the “manifest importance of multilateralism in providing platforms to address global challenges.” Others highlighted the question of rights and belonging in countries that have adopted a multicultural approach.

For all the in-depth and diverse perspectives that attendees gathered from different panelists, the conference’s most telling moment arrived when a 20-year old panelist took to the stage to “speak on behalf of all young migrants around the world.”

Yasmin Youssef, a German of Lebanese descent, spoke eloquently about the constant challenges of being a migrant. The discrimination, the question of double awareness and divided loyalty and not knowing where you really belong, constitute some facets of the constantly difficult experiences of being a migrant, Yasmin elaborated. “Migrants need to be thrice as good or brilliant to be taken seriously,” she explained.

And while a forum such as the GMFD is important in creating a multi-stakeholders and multinational platform for dialogue and debates, Youssef argued that the whole exercise of having discussions would be a grand failure if migrants are not invited to the table.

Effectiveness and success in migration-related actions and policies necessarily pass through genuine concern about the challenging lives of the disenfranchised, whose life stories constitute the very center of the debate. Not only should they be invited to the discussion, but their voice should actually matter the most, Youssef explained.

“Nothing about us without us. Don’t make assumptions about us or what we want. If you care, make us visible,” she said.

Youssef’s speech was greeted with a thunderous ovation, probably the most outstanding acclamation of the day.

But was that the whole point? Does giving a young migrant a few minutes to address a global forum actually achieve anything in terms of genuinely giving space to the concerns and difficulties of migrants? What about the tokenism part of it all, with Youssef’s voice and words set to evaporate as soon as the forum ends and the panelists and attendees—generally affluent and well-educated—go back to their everyday life, unaffected by the stories they spoke and heard about during the three-day forum?

It’s a complicated tale, Yasmin told Morocco World News on the sidelines of yesterday’s conference. Regarding the potential change that may stem from her visibility on stage, she was cautiously optimistic.

“With all events, there is always the threat that young people or young migrants are only placed there to look good, for decoration. But I think that for this event I had the chance to speak to everyone, to make my story heard.” Her optimism, she suggested, lies in the fact that you “can always use social media to present yourself and make your voice heard.”

As for her insistence on genuine care and the necessity of making migrants part of the debate on migration, she told the story of Lebanese social workers assuming what Syrian refugees needed.

The social workers distributed “fat winter jackets and blankets” to a group of refugees, thinking that they were being helpful. But the refugees were not impressed, complaining that “It’s 35 degrees outside and we don’t need these [fat jackets and blankets].”

“We always assume for people instead of actually going to the people and asking them what they need, what they wish for. I think you should not make decisions if you don’t know what people want or need.” 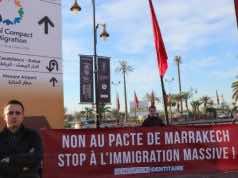 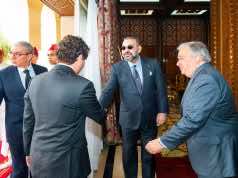 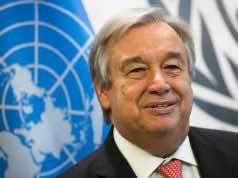 Antonio Guterres to Arrive in Marrakech for UN Migration Pact 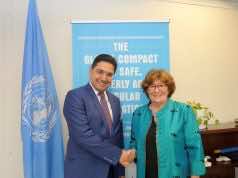 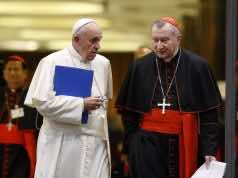 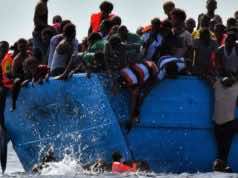