University students and environmentalists are taking litter into their own hands, calling on other African youth to join them for the sake of the environment. 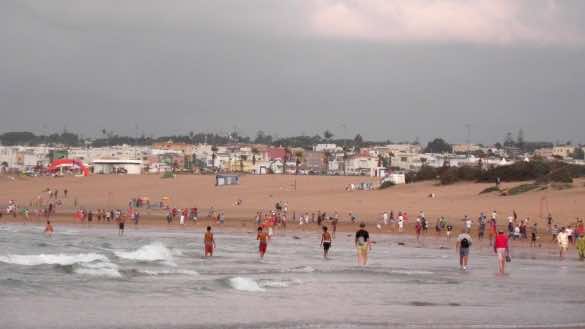 Rabat – Students from the Casablanca School of Management (SUPRH) formed a collective group with The Bahri association, a marine environmentalist group. This union is being called “Africologie,” according to local news. The group is planning a massive clean-up operation at Scarabee beach in Casablanca on December 16th. Environmentalists say Scarabee is at a critical level of litter, and as Morocco’s largest city continues to grow, littering will intensify.

The goal of the students is to get at least 1000 students from 13 different universities throughout Morocco to participate, with students from across 12 countries. For the past eight years, Bahri was attempting to clean beaches by itself but the workload has undoubtedly increased as the city grows and tourism increases. Africologie plans to hold annual massive clean up efforts around Africa and promote bonds between Moroccans and other Africans.

Although the activists have gained more followers for their cause, they are still fighting an uphill battle against the littering epidemic that is flooding the country. African news agency ENCA reports that the 2016 ban on plastic bags has done nothing to help, as people still dump waste without a second thought. Currently, only 21 out of 40 beaches qualified to earn the international “Blue Flag” distinction that is awarded to clean, high-quality beaches.

Climate change is a problem that requires international cooperation, and Morocco has tried to take a leading role, hosting the COP 22 UN climate convention in 2016. But, at the same time trash heaps continue piling in the country.