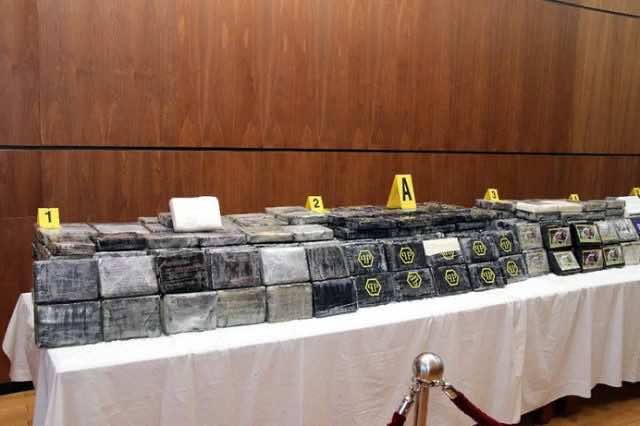 He said that the arrest of the members of an international drug trafficking network on Saturday morning by Morocco’s Central  Bureau of Judicial Investigation (BCIJ) is the fruit of a “qualitative process, which is part of a precise strategy based on the coordination of efforts between DGSN and DGST.”

He told Maghreb Arab Press (MAP), that this operation is one of Morocco’s biggest drug arrests in the last two years.

On Saturday, authorities arrested seven individuals linked to the criminal network, specializing in smuggling cocaine between Morocco, the US, Latin America, and Europe.

BCIJ also seized one ton of cocaine, in addition to a domestic truck loaded with sacks of cocaine paste weighing one ton in total, two rubber boats, two four-wheel-drive cars, a GPS, and a water engine.

Sbik confirmed that the seven individuals, all of whom are of Moroccan nationality, were arrested. He added that there might be possible international suspects involved in drug-trafficking crimes in Morocco.

He said the coordination between DGSN and DGST has enabled the seizure of more than 65 tons of cocaine and 43 tons of cannabis in 2018.

The cooperation between the two services also enabled authorities to seize more than 1,003,000 psychotropic pills, including ecstasy.

The official added that yesterday’s operation followed an important operation carried out in October 2017 by BCIJ. The operation, according to Sbik, was carried out based on a lead provided by DGST.

During the 2017 operation, authorities arrested 10 people for their ties in an international cocaine trafficking network. BCIJ members also seized 2,588 kilograms of cocaine in different locations: A car registered outside Morocco, a farm located between Temara and Skhirat, another farm in Bouznika, and in Nador in northern Morocco.