Yellow vest protesters are not only demonstrating against rising oil prices and cost of living but also the UN migration pact.

Rabat – Yellow vests in France marched carrying a banner saying, “Marrakech, c’est not” (No to Marrakech), referring to the UN’s Global Compact for Safe, Orderly and Regular Migration that will be formally adopted on Monday in Marrakech.

A Twitter user shared the video of the protest against the UN migration pact, captioned: “In Lyon, the yellow vests are mobilized against Marrakech’s pact.”

The protests against migration are not contained only in France, with protests against the migration pact also erupting in Canada. According to CBC, nine people were arrested during the protest which took place on Parliament Hill Saturday afternoon.

The protests followed the government’s decision to sign the pact on migration.

On Friday, Canada’s Immigration Minister Ahmed Hussen said in Marrakech that the compact is an important agreement. He added that the pact will make countries work together to challenge migration’s causes and circumstances.

Leaders of at least 135 countries will convene at the Intergovernmental Conference in Marrakech to adopt the migration compact.

However, a number of countries have declined to join the UN pact, including the US, Italy, Australia, Austria, Bulgaria, the Czech Republic, Israel, Latvia, Poland, Hungary, Slovakia, and Switzerland.

The UN migration accord contains 23 objectives including the facilitation of the legal migration process, strengthening coordinated international efforts to save migrants’ lives, and reducing environmental and other factors that force people to leave their countries of origin. 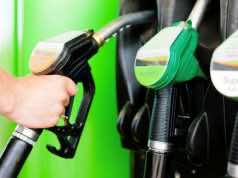 Morocco to Cap Fuel Prices as Early as February