Morocco deals with its brotherly neighbor with a patience that is deeply rooted in Moroccan culture. 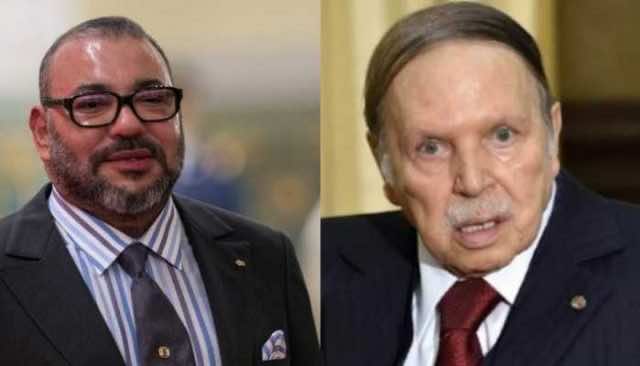 Rabat – Algeria‘s paradoxical foreign policy is an expression of its narrow vision rather than diplomatic wisdom and international credibility, but Morocco still has patience.

In his speech to commemorate the 43rd anniversary of the Green March, King Mohammed VI called on Algeria to reopen the border that has been closed between the two countries since 1994 and proposed a joint political mechanism for dialogue and consultation. He stressed Morocco’s openness to any Algerian proposals to overcome the stalemate between them.

Two days after the speech, Algeria hired David Keene, a former president of the American National Rifle Association (NRA), to lobby in the US for Polisario against Morocco. Algeria pays him $360,000 a year.

The firm, which Algeria pays with taxpayer money, is just one example of how the lobbying machine in Algeria prioritizes Polisario over the day-to-day Algerian suffocation under military oligarchs.

As researchers and observers, we ask how the response of the Algerian government towards any calls for rapprochement can be explained? Is this new in the history of Moroccan-Algerian relations, or has it always been the case?

To answer how Algerian political and social behavior towards Morocco and its southern Sahara is structured, Moroccans must understand the internal historical institutionalism under which governing institutions in Algeria shaped their adversarial behavior when dealing with Morocco.

Using historical institutionalism as a method of analysis, we can identify the ways in which the presidency in Algeria and the army have reinforced an adversarial attitude towards Morocco. We can begin by focusing on the Al Moravid dynasty under Youssef Ibn Tashfine when fighting the battle of Sagrajas, or the Zallaqa battle, in 1086.

Algeria’s behavior since the Al Moravid Dynasty in 1086

When Prince Youssef Ibn Tashfine, the first sultan of the Al Moravid Dynasty, crossed into Andalusia in 1086 to fight the Castilian King Alfonso VI in the Battle of Zallaqa, an Algerian got in the way. Banu Hammad, who was governing what was then known as “the Middle Maghreb” (half of Algeria of today), created troubles by allying with the Banu Hilal tribe to divide the eastern part of the dynasty because Tlemcen, now in Algeria, was then part of the Al Moravids’ territory.

Prince Youssef Ibn Tashfine immediately returned to Morocco after his victory in the Battle of Zallaqa. He then cleverly avoided war with Banu Hammad.

With wisdom, Youssef Ibn Tashfine sent a letter to the prince of Banu Hammad, accusing him of creating and using other tribes against Tashfine to invade his territory at a time when they must unite to confront the Castilians in Andalusia (Ibn Khaldoun, 1385; Ibn Al Athir, 1231; and Ali Ben Moussa, 1955).

Ten years later, Banu Hammad tried to enter from the east, and Prince Youssef Ibn Tashfine ordered his armies to retreat, extending his hand and reconciling with them again and appeasing them by isolating the governor of Tlemcen and appointing a new one (Ibn Al Athir, 1231).

What does the event tell Moroccans? It says a lot about today’s offer of reconciliation by King Mohammed VI. It has always been the same in the Moroccan culture. A historical institutionalist would call this process “Path Dependency.”

It means that “history matters,” (North 1990: vii), and critical junctures have come to play an increasing role in explanations of institutional change.

Institutions reduce uncertainty within a relevant group by providing information that establishes expectations for the future actions of others (Knight, 1992). It explains why the action of Algerian elites (civilians and military) becomes institutionalized over others and how individual decisions “scale-up” to institutional outcomes.

Examining political phenomena such as the rival doctrine against Morocco by Algeria’s elites is best comprehended “as a process that unfolds over time.” (Pierson 1996, 126). It is “institutionalist,” as Harvard University’s Paul Pierson puts it, “because it stresses that many of the contemporary implications of these temporal processes are embedded in institutions – whether these be formal rules, policy structures, or norms” (Pierson 1996, 126).

There is no gathering or international event through which Algeria does not try to distort Morocco’s reputation. Algeria also pays countries in Africa and Latin America, and lobbying firms in the US to invent imaginary entities that could delay Morocco’s development path.

Algeria was the only Arab country to criticize Morocco’s right to Perejil Island, off the Moroccan coast near Ceuta. Algerian diplomats in Europe, Africa, Latin America, and Washington are paid generously and are siphoning off the money of the Algerian people who are in need at banquets, parties, and lobbying firms. Despite all this, Morocco is still patient and sound.

In a football game, Egypt attacked the history of Algeria by casting doubt on the number of victims during the French colonialism, the history of resistance, and Algeria’s national anthem.

How would Algeria react if Morocco harbored the Kabile of Tizi Ouazzou in Oujda and set up a camp near Sidi Yahya, a few kilometers from Algeria, and then diabolically urged them to ask Algeria for independence?

How would Algeria react if Moroccan embassies mobilized to facilitate the movements of Algerian people to only destabilize Algiers?  I am sure Moroccans would feel ashamed and never raise their heads but denounce the repugnant maneuvers.

The following statements of two former politicians representing both Morocco and Algeria confirm my beliefs. Abderrahmane Al Youssefi, former Moroccan prime minister and the historical personality who was raised in the left and accompanied the “Government of Change” (Gouvernement d’Alternance) period with success in the 1990s, welcomed King Mohammed VI’s speech.

Al Youssefi argued: “I received with great joy and great satisfaction what was stated in the speech of His Majesty the King on the 43rd anniversary of the Green March.”

He appreciated the call for positive conditions for achieving historic reconciliation with Morocco’s Algerian brothers in a constructive spirit. Al Youssefi said all files are open for deliberation, and the countries and their leaders do not need any mediation to have the courage to innovate solutions to all outstanding problems.

Contrary to the enthusiasm of Abderrahmane Al Youssefi, the former Algerian Minister of Culture Mouhieddin Amimore said Algeria’s failure to respond to Morocco’s call for dialogue was a “polite response.” He explained that Algeria is uncertain of the move’s intentions because trust between the two countries has eroded since 1963.

The two statements of the political leaders reveal one truth that Algeria is convinced of the good intentions of Morocco, yet their military doctrine prevents any such reconciliation process and genuine bilateral dialogues.

Morocco has grown up. The issue of Morocco’s homeland and territorial unity has grown within Morocco, and Moroccans’ patience has grown bigger.

Where are the educated elites of Algeria? Where are its religious scholars? Where are its authentic journalists, to show the military machine that it is time to break the illusion?

Morocco’s historical patience is a centuries-old Moroccan principle. Examining historical institutionalism proves to me a constant pattern of adversarial behavior from Algeria towards Morocco.

In response to the glorious success of the Green March, Algeria deported more than 45,000 Moroccan families in 1975 who were brought to live in a border camp. The only crime they committed was that they were Moroccans. For the military machine in Algeria to endure, Algiers must prolong enmity with Morocco.