The new country to host the 2019 Africa Cup of Nations will be announced on January 9, and South Africa has filed a letter of intent.

Rabat – The Confederation of African Football (CAF) President Ahmad Ahmad has declared that CAF will announce the nation to host the 2019 Africa Cup of Nations (CAN), also known as AFCON, on January 9.

In an interview with Agence France-Presse on Monday, Ahmad stated that “South Africa could step in as hosts of the 2019 Africa Cup of Nations.”

Cameroon lost its AFCON hosting rights on November 30, due to delays with venue building and security concerns. CAF then invited all CAF member associations to submit their bid dossier for the 2019 AFCON.

Read also: CAF Invites African Countries to Submit their Bids for 2019 CAN

Ahmad also revealed that two or three nations have shown interest in taking over next summer’s football event from Cameroon.

The president named South Africa as having filed a letter of intent.

“According to my information, two or three letters of intent have arrived,” Ahmad told AFP.

“South Africa is one of the countries to have sent a letter of intention. Two or three countries have made serious inquiries,” he added.

Countries with intent to host the African competition will have until Friday, December 14, to submit their bid.

For several months, even before Cameroon was disqualified, Morocco has been expected to replace Cameroon as the host of the AFCON, however, Royal Moroccan Football Federation (FRMF) President Fouzi Lekjaa denied Morocco’s intention to organize the event.

Several football personalities, however, have said Morocco would be the best candidate for the organization of AFCON. Among them is the head of Saudi Arabia’s General Sports Authority Federation, Turki Al Sheikh, and Morocco’s football team head coach, Herve Renard.

Al Sheikh said in a phone interview during the Egyptian “Sada El Balad” television program that Saudi Arabia is ready to mobilize all its resources “if our Moroccan brothers ask us.” He also announced Saudi support for Morocco to host the African Nations Championship.

For his part, Renard believes that Morocco is ready in terms of infrastructure, in the hope that Morocco will host the event even if it will add extra pressure to the country. 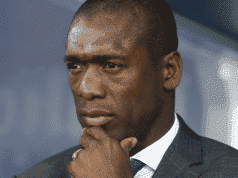