The Prosecutor General’s Office has urged prosecutors to strictly apply the law protecting the privacy of internet users. 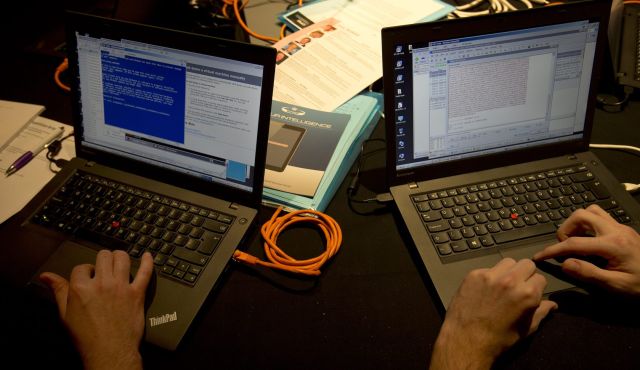 Rabat – In a note to prosecutors across Morocco, Mohamed Abdennabaoui, the president of the Prosecutor General’s Office, reminded lawyers of articles 447-1, 447-2, and 447-3 of the penal code referenced in Law 103-13 criminalizing all forms of gender-based discrimination, including public harassment, sexual assault, and cybercrimes.

According to Article 447-1, “Any person who intentionally [uses] computer systems, captures, records, broadcasts or disseminates someone’s private or confidential information or statements without their prior approval” will receive a prison sentence from six months to three years and a fine ranging from MAD 2,000 to 20,000.

Article 447-2 states that individuals broadcasting or disseminating someone’s statements or pictures without their prior approval or making false allegations or statements aiming to harm someone’s private life or reputation will receive a prison sentence from one to three years and be fined MAD 2,000 to 20,000.

If the criminal acts are committed against a close family member—a spouse, a fiancé or a dependent—the culprit will face a five-year prison sentence and pay a fine ranging from MAD 5,000 to 50,000, according to Article 447-3.

Repeat offenders, regardless of relationship to the victim, will receive the same penalty of five years and a fine of MAD 5,000 to 50,000.

Abdennabaoui stressed that citizens’ complaints of cyber crimes must be taken seriously. He said it is not only women who need protection from discrimination and sexual assault but also men.

The “cybersouth” initiative, a joint project between the European Union and the Council on Cooperation Against Cybercrime, financed under the European Neighborhood Instrument, started on July 1, 2017.

According to a 2015 Global Information Society Watch (GISWatch) report, Moroccan Cybercrime Services, working under the General Directorate of National Security (DGSN), identified 112 cases of cybercrime in 2011, over 26 of which were crimes against personhood, including sexual harassment.