Muslim leaders have responded to the proposed amendments: “We are united, independent citizens.”

Rabat – The French government plans “to fully integrate the Muslim religion to the 1905 law,” French Minister of the Interior Christophe Castaner told the French Council of the Muslim Faith (CFCM) on December 9.

French Prime Minister Aristide Briand introduced the Law on the Separation of Church and State in 1905. The law instituted and defined France’s secularity. It guaranteed freedom of worship in the spirit of the French Revolution of 1789. The law then applied to Catholicism, Lutheranism, Calvinism, and Judaism. It prohibits public funding of religion and holding political meetings in places of worship.

Castaner announced that the government was planning to amend the 1905 law. He said that the amendments are not about “undermining the principles of the separation law” or “calling into question the secular system it defines” but of “strengthening it in the world of 2018.” He said, “The Islam of France should be freed from control and power struggles.”

Secretary of State Laurent Nunez has been pushing for the 1905 law to apply to Islam.

Leaked government documents detail the main points that the government will amend, reported Liberation. The government later said the leaks were “simply working documents.” The planned amendments would increase supervision over financial resources coming from abroad.

Six months before the next elections of the CFCM in July 2019, Muslim leaders voiced their unity against internal divisions, their independence from the state, and their citizenship, on Sunday at the Arab World Institute (IMA) in Paris, said Le Figaro.

The head of the Grand Mosque of Paris, Dalil Boubakeur, said, “We cannot be forced to change” in his speech at the IMA. “The 1905 law would limit mosque activity to worship. Islam is a religion, a culture, a human reality, and a remarkable civilization,” stressed Boubakeur.

Yesterday morning in Albi, France, dozens of people gathered to protest the proposed amendments, in particular bringing all places of worship under the 1905 law. The people responded to the call of La Libre Pensee, an association that campaigns for freedom of thought.

In his speech to the Bishops’ Conference of France  April 9, French President Emmanuel Macron called for “repairing the link between Church and State,” angering the leftist opposition who accused him of attacking secularism. “An unprecedented and dangerous affront to the 1905 law,” Generation.s’ founder Benoit Hamon called it. 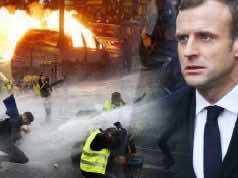 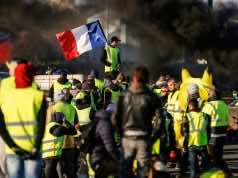 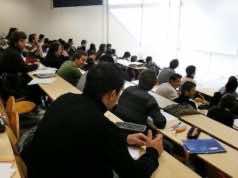