The global migration conference in Marrakech was an opportunity for countries who back Morocco’s position on Western Sahara to reaffirm their support. 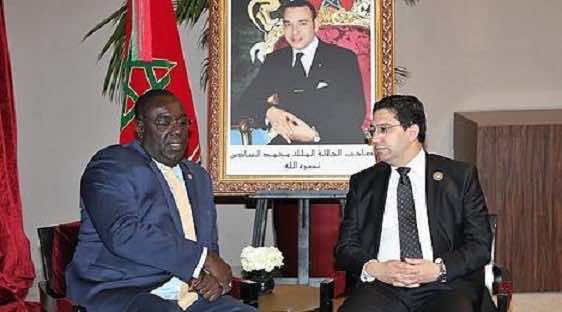 The minister also reiterated support for Morocco’s territorial integrity and its sovereignty on Western Sahara.

A joint statement issued after the meeting said, “The Haitian Minister has reaffirmed the respect of the Republic of Haiti for the territorial integrity of the Kingdom of Morocco and its sovereignty over the Moroccan Sahara.”

Edmond also commended Morocco’s autonomy plan “to reach a solution to this dispute,” indicating that it “constitutes a guarantee for stability in the region,” the statement added.

The joint statement added that the meeting between the two officials is in line with the continuing political dialogue between Morocco and Haiti. The meeting, according to the statement, reflects “a common desire to give a new impetus to the relations of cooperation between the two countries in several areas of common interest.”

According to Bourita, both officials agreed on the importance of encouraging and promoting the culture and heritage of both countries, as well as building the bridges of cultural partnership.

“The two sides have agreed to further strengthen the bilateral relations, described as excellent, mainly through the promotion of the bonds of friendship, brotherhood, and cooperation between the governments and peoples of the two countries,” said the statement.

Edmond is leading a large delegation on an official visit to Morocco.

Having arrived in Marrakech to participate in the intergovernmental conference for migration, Lebanese Minister of Foreign Affairs Gebran Bassil also reaffirmed his country’s support for Morocco’s territorial integrity.