A Russian official has said that the Western Sahara conflict should be solved under the aegis of the United Nations. 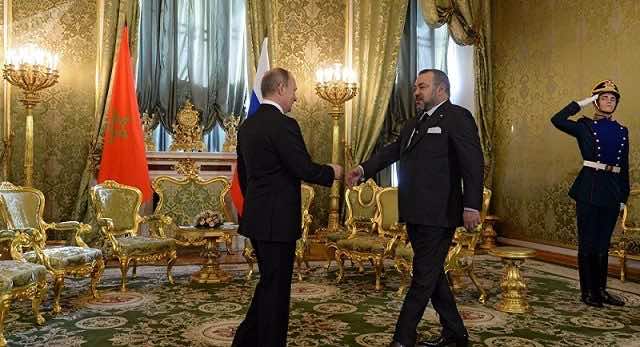 Rabat – The Russian ambassador to Morocco, Valerian Shuvaev, has told Sputnik News that Russia “maintains friendly relations with the parties to the Western Sahara conflict.”

The diplomat added that the conflict should be resolved under the auspices of the UN, “especially since there is a Council authorized to resolve these issues.”

Shuvaev said that Russia’s expertise was to “provide practical formulas.”  However, “because there are many parties involved in the conflict, certainly someone will consider it a kind of pressure, and this is something we want to avoid.”

“We maintain normal relations with all parties to the conflict; we keep contacts with the Polisario Front, and with Morocco, Algeria, and Mauritania.”

He said Russia is ready to recognize any decision agreed on by the parties.

Moroccan observers and analysts consider Russia one of the main supporters of Algeria and its ally the Polisario Front.

Despite the rapprochement between Morocco and Russia in recent years, Algeria has stronger relations with Russia because they share technical military cooperation.

In July, Russian Ambassador to Algeria Igor Belyaev was quoted by MEMO as saying, “Moscow is keen to take the position in favour of the implementation of the United Nations resolutions. Russia supports what the United Nations delegates are doing to organise the referendum in Western Sahara. It also supports the efforts of UN Secretary-General Envoy, Horst Kohler, to re-launch dialogue between Morocco and the Polisario.”

Russia also opposes Morocco’s position that Algeria should take responsibility as a main party and not as an observer to the conflict as it has been claiming for years.

Russia also supports Algeria’s traditional position that Morocco and the Porsario are the only parties that should negotiate.

Traditionally wary of the UN-led political process, Russia also blocked an initial draft of the  UN Security resolution on the extension of MINURSO in April of this year.

He added that the US-drafted resolution was slightly one-sided and that “a number of suggestions by other Security Council members remained unanswered.”

Russia, however, was unable to do the same with the recently adopted Resolution 2440. The resolution named Algeria, calling on the country to work constructively along with the other parties to ensure a successful result in the UN-led process.