Morocco and Ukraine have agreed on a veterinary certificate. The agreement will allow the North to import eggs products from the Ukrainian market.

Rabat – Kyiv Post reported that the State Service of Ukraine for Food Safety and Consumers’ Rights Protection have inked a veterinary certificate for exports of Ukrainian egg products.

“The State Service on Food Safety and Consumer Protection of Ukraine and the competent authority of the Kingdom of Morocco have agreed to a veterinary certificate for the export of meat and poultry products from Ukraine to Morocco,” according to a statement released by Ukrainian Ministry of Agrarian Policy and Food.

In January 2018, the National Association of Egg Producers (ANPO) said that The average Moroccan consumer ate 180 eggs in 2017, a significant increase over the 138 eggs consumed in 2010.

Read Also: France to Compete with Russia and Ukraine to Export Wheat to Morocco

Morocco’s increased demand for eggs was completely met last year, as the country produced 5.5 billion units in 2017, according to preliminary figures from the ANPO.

In 2017, egg production needed a  MAD 3.25 billion investment with an estimated turnover of MAD 6.75 billion, the Association said.

In August, Morocco also approved US poultry to enter the Moroccan market. The US Department of Agriculture (USDA) has announced that Morocco will import US poultry, opening up an estimated $10 million market.

“The Trump Administration continues to prioritize the opening of new markets for U.S. agricultural products. This new access to the Moroccan market is an important step in ensuring that American farmers and ranchers can continue to expand their exports,” said Robert Lighthizer, The US Trade Representative (USTR) representative. 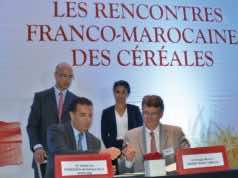