Moroccans are watching the US national security advisor closely for any actions related to Western Sahara. 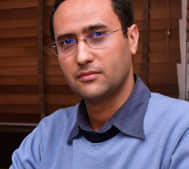 The US official is uninformed about, or rather indifferent to, North African politics, except for what he reads in the reports of the secretary of the treasury, arms dealers, or oil and gas companies. The Western Sahara conflict matters to Moroccans. That is why we have to pay lobbyists, diplomats, and arms dealers.

First of all, there is a direct link between John Bolton and the Sahara: The United Nations Security Council experienced a decisive turning point a few days after his appointment as national security advisor in March.

The council decided in April to reduce MINURSO’s mandate from one year to six months. The fact that Trump chose Bolton for the job was significant, and reducing the mandate was not a tactical move.

Besides the US’s strong position against Morocco’s and France’s proposal to renew MINURSO’s mandate for a full year, we followed the speech of the US representative at the Security Council in late October, where he promised that the US would closely follow the progress of the issue.

The US will focus on Africa to counter Chinese and Russian influence, moving beyond the traditional influence of its European allies.

Like many European missionaries who paved the way for the colonization of Africa more than two centuries ago, Bolton promised Africans prosperity, development, and “liberation” from the corruption and domination that China and Russia are “spreading.”

We are practically looking at a new Marshall plan for Africa; the Europe plan has reached its full extent. Washington promises to end its absence from Africa and transform the continent into an open space in the liberal sense, ending political conflicts and imposing a minimum of democracy and freedoms—out of necessity, not virtue.

Does it mean we are in trouble?

Not quite. Despite the disadvantages that these changes can bring, Morocco’s long-established monarchy was smart. Morocco re-joined the African Union two years ago, taking back its place in the continent.

Morocco, despite all the disruptions and setbacks it has experienced in recent years, has resisted the wave of counter-revolutions in the Arab region. It kept prominent Islamists in their positions in the government and took a special stance on the Qatar Gulf crisis.

However, the situation is very serious. The US quick-fix approach in our region may not care much about our sovereign and historical rights. But there is a silver lining.

After years of setting the stage for new sources of growth and expansion for US companies in Africa, now South Africa, the Congo, Nigeria, Ethiopia, Tanzania, and ECOWAS countries are available platforms for the next Marshall plan.

The only exception is the Maghreb Arab Union (UMA). If international powers are forcing integration on the UMA, the union should not depend on foreign intervention to come together.

Morocco has a stable political system, and its people grew politically aware as it pushed for more freedom and moralization in recent years. This country is able to continue its regional and international rise, provided it breaks with statism, exclusion and monopoly in politics, the economy or the media.