From the African Nations Championship to the UEFA Champions League to the World Cup, 2018 was a big year in football.

Rabat – Undoubtedly, 2018 has been a year full of unforgettable moments in football both in Morocco and around the world. It was a hard year for some and a fantastic year for others.

Before 2018 ends, football fans should take a moment to reflect on the most unforgettable football moments of the year.

People from all over the world witnessed the level of Morocco’s performance in the 2018 World Cup in Russia.

The Atlas Lions played solidly in the World Cup and made two big European national teams, Spain and Portugal, fight to get out of the group stage.

The two European neighbors both struggled to defeat their African rival. Many Moroccans believe if VAR was not used in favor of Portugal and Spain, Morocco would have made them pack their bags and leave the World Cup early.

Fans of Raja De Casablanca (RCA) repeatedly chanted a slogan in September during a game expressing their discontent over living conditions, discrimination, and oppression in Morocco.

A video documenting the chant was widely shared on social media and received many comments.

The video crossed the Moroccan borders to into other Arab communities, collecting about 4 million views on Youtube.

The Moroccan football team of players without international contracts delivered a world-class performance during the 2018 African Nations Championship (CHAN). The competition promoted the rise of a talented young player, Ayoub El Kaabi, who scored in every match.

El Kaabi displayed pure talent throughout the entire tournament scoring 8 goals in 5 matches, making him the top goal scorer in the entire history of CHAN.

The Atlas Lions won the title of the 5th CHAN on February 4.

Since coach Zinedine Zidane’s departure from Real Madrid, the club has experienced the worst period in its recent history. When Zidane left his post managing the “merengues,” it was the first blow to the club’s continuous success in a long time.

After 2.5 seasons, 3 Champions Leagues, and several attempts to convince Zidane to continue with the club, Zidane made up his mind on May 31.

Zidane pointed out that the club needed change to evolve.

We all remember the UEFA Champions League final match when Mohamed Salah sustained a shoulder injury following a tackle from Sergio Ramos. It seemed he would have to abstain from participating in the World Cup.

Many viewed the tackle as monstrous and heavily criticized Ramos.

Salah recovered faster than expected and participated in the World Cup with the Egyptian national team.

Luka Modric, a Croatian midfielder, is certainly a symbol of a leader who brought joy to his country and impressed football fans with his outstanding performance in the 2018 World Cup.

He led the Croatian national football team to defeat some of the strongest nations, like Argentina and England, all the way to the World Cup final before losing to France.

The 33-year-old midfielder also ended a decade of Ronaldo’s and Messi’s reign over the Ballon d’Or. He was the first Croatian to ever win the renowned individual award in football.

He has just been chosen Balkan athlete of the year, ahead of tennisman Novak Djokovic and tenniswoman Simona Halep.

On June 26, Real Madrid made history when it won its third consecutive Champions League trophy in a match against Liverpool.

Winning the Champions League final match for the third time in a row had never been accomplished by a club.

By claiming its 12th title, Real Madrid proved once again that it was the number one contender to win the UEFA Champions League trophy, despite its modest performance in La Liga. 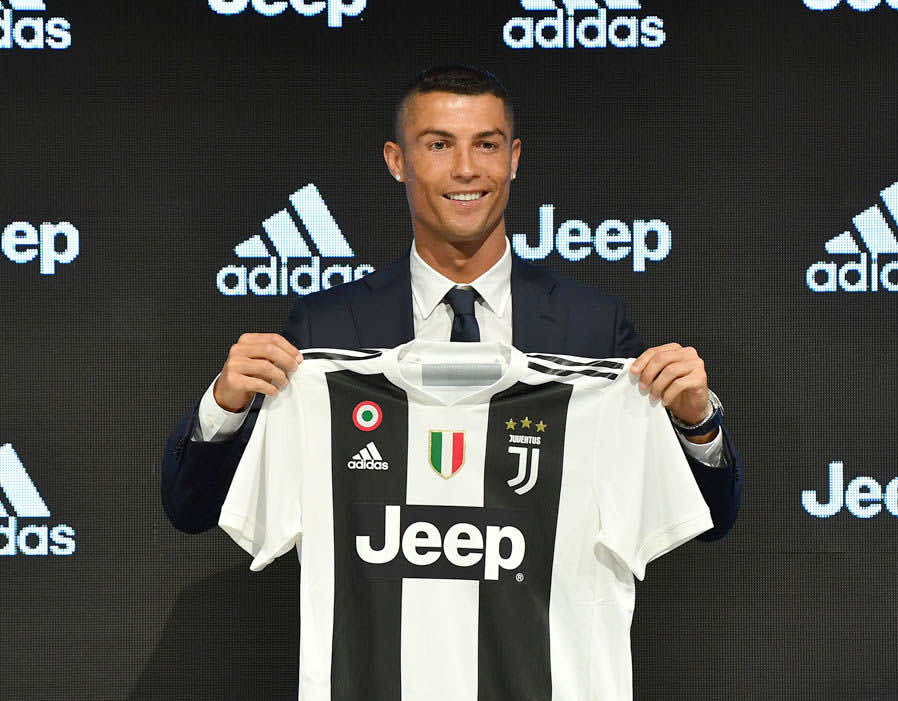 Cristiano Ronaldo’s announcement that he would leave Real Madrid right after winning the UEFA Champions League final match on June 26 left Real Madrid’s fans and players in a state of uncertainty.

After nine seasons with “Los Blancos,” Ronaldo joined the “Old Lady,” Juventus, on July 10. The 33-year old forward signed for four seasons for €100 million with an estimated salary of €30 million.

Suffering from both Zidane’s and Ronaldo’s departures, Real Madrid is now experiencing its worst performance in La Liga history with five defeats and two draws out of 16 matches.