Ali Squalli, the writer of the Moroccan national anthem, should be Morocco’s “man of the year 2018” and his legacy remain etched in the memories of many Moroccans.

Rabat – Moroccan author and poet Ali Squalli Houssaini, who died this year, deserves to be Morocco’s man of the year 2018 because of his great contribution to the Moroccan national identity by writing the national anthem’s Arabic lyrics.

Squalli wrote the national anthem in 1969 under the reign of King Hassan II. Before independence in 1956, the anthem was used only as a melody. Even after independence, Morocco continued to use the anthem without lyrics until 1969.

Squalli was born in Fez in 1932 and died on November 5 at the age of 86 from an incurable disease.

“We have received, with pain, the sad news of the passing of the poet, Ali Squalli Houssaini, may his soul rest in peace,” King Mohammed VI wrote in a condolence letter to Squalli’s family.

The King recalled Squalli’s “righteousness, patriotism, and respect and devotion to the Alaouite crown,” and prayed for patience for Squalli’s family.

The idea of writing lyrics to the national anthem came after the Moroccan national football team qualified to participate in the World Cup for the first time for the 1970 games in Mexico.

Squalli received a bachelor’s degree in literature from Al-Quaraouiyine University in 1951 and later became a professor there.

Squalli joined the Royal Cabinet in 1956, in which he was appointed as an advisor to the Ministry of Foreign Affairs. He then became an associate professor at the Faculty of Arts and Humanities in Rabat in 1964.

The Moroccan author worked as an inspector general at the Ministry of Education beginning in 1971.

Squalli also wrote numerous books, especially children’s books. He had also been a member of the Union of Moroccan Writers since 1967.

Throughout his career, Squalli achieved various awards for his literary works, including the Morocco Grand Prize in 1982 and the international prize of King Faisal of Saudi Arabia for children’s literature in 1992.

What did they say about him?

King Mohammed VI described Squalli as one of the “pioneers of modern Arabic literature, the creator of the national anthem who enriched the national library.”

Mourning Squalli’s death, El Othmani said the deceased author was known for his true patriotism. The national anthem that Squalli wrote represents “one of the national landmarks that we are proud of,” El Othmani added.

Abdelhak El Merini, a Moroccan historian and official spokesperson for the royal palace recommended paying attention to Squalli’s books and collection of poems dedicated to children.

They should be “distributed to national educational academies” to spread the messages Squalli wanted to convey children, El Merini stressed.

Read Also: In Memoriam: Moroccan Celebrities Who Died in 2018

Mustapha El Ktiri, the Moroccan high commissioner of former resistance fighters and members of the Army of Liberation, said that Squally was among the early participants in the Moroccan national movement. 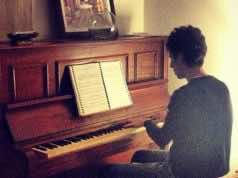 Boycott, Hirak, Imlil, and More: The Events that Shaped Morocco in 2018 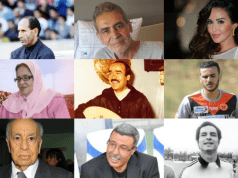 In Memoriam: Moroccan Celebrities Who Died in 2018