By
Tarek Bazza
-
Tarek Bazza is a journalist at Morocco World News with Master’s degree in Translation from King Fahd School of Translation in Tangier.
Jan 4, 2019
Spread the love

L’Economiste said the rise in foreign loans is explained by the budget increase allocated for reform programs, amounting to MAD 20.7 billion in 2017 compared to only MAD 6.6 billion in the previous year.

The government allocated 22 percent of the funds for the financial sector, 19 percent for budget support, 15 percent for agriculture, 14 percent for social services, and 13 percent for transport.

“The external funding strategy is based on the macroeconomic objectives set in particular in terms of economic growth, the budget deficit, the external position and the public debt,” L’Economiste explained.

Public external debt represented 31 percent of the gross domestic product (GDP) in 2017, a fraction of a percent higher than a year earlier, according to the Ministry of Economy.

Public institutions and enterprises (EEP) have borrowed the most, carrying MAD 179.3 billion in debt, followed by the Treasury with MAD 153.1 billion in debt.

The French Development Agency (AFD) announced last month that Morocco receives the bulk of the agency’s funding in Africa, with €2.9 billion in loans as of  October 15, 2018. In 2017, AFD provided Morocco with €431 million in loans for project funding.

The most recent AFD loan to Morocco amounted to €50 million to extend and improve potable water in the country’s northern provinces.

The North African country plans to issue a new bond in 2019 of around €1 billion euros, according to Minister of Economy Mohamed Benchaaboun. 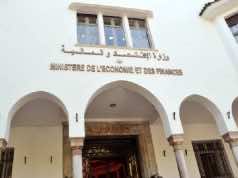