Film critics and journalists in Morocco picked ‘Volubilis’ out of 14 Moroccan films released in 2018 for best film.

Rabat – Moroccan arts and culture website Maghrebarts conducted a survey, asking twenty film critics and journalists from around the country to critique Moroccan films released in 2018.

The films were judged on a number of different factors and assigned points based on these critiques. In the end, three films stood out as being particularly noteworthy this year: “Volubilis” won first place, followed by “Al Jahiliya”, and “Sofia,” according to news sites.

The movie tells the story of Abdelkader, a security agent, and Malika, a housemaid. The two hope to get married despite their money issues, and face extreme challenges when Abdelkader experiences a traumatic and humiliating event.

This is not Bensaidi’s first acclaimed movie. His film “A Thousand Months”  was screened at the 2003 Cannes Film Festival, and his movie “Death For Sale” earned a spot at the Toronto International Film Festival, and even received an Oscar nomination. 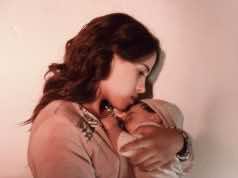