The practice of ruqyah, which includes Islamic exorcism, is complex and widespread, and eliminating it without authorization or a thorough assessment by Muslim scholars would prove to be “very complicated,” said Morocco’s Islamic minister.

Rabat – In the wake of the raqi (exorcist) of Berkane’s case, Minister of Endowment and Islamic Affairs Ahmed Taoufiq said at the House of representatives on Tuesday that Morocco must distinguish between the practice of ruqyah as a whole and the swindlers who abuse it.

Addressing the calls of citizens to banish the practice of ruqyah in Morocco, Taoufiq emphasized that “it is a phenomenon that was known to the ancient generations as a sunnah and only became known as ‘ruqyah sharia’ [Islamic law] in modern day.”

Ruqyah, also known as “ruqyah sharia” is the act of reciting verses from the Qur’an or praying du’aa, a form of supplication, to exorcise demons from oneself or another person, to cure the “ayn” evil eye, or to counter magic. Rakis say the words over water, which the “patient” then drinks.

The practice, once purely derived from the sunnah, the sayings and teachings of the Prophet Muhammad, peace be upon him, has become almost synonymous with exploitation.

Some raqis claim to provide psychological treatment or healing from diseases such as cancer.

The case of the Berkane raqi which made headlines in Morocco last month has only blown the lid off of already existing ruqyah frauds.

Taoufiq stressed that scholars alone can determine the legality of ruqyah, which bears spiritual weight, in the country by presenting their religious ruling, known as a “fatwa,” based on Islamic scriptures.

In 2018, the Ministry of Justice detained 116 self-proclaimed imams who had committed multiple “offences.”

The raqi of Berkane, a city in northeast Morocco, who also called himself an imam, had used ruqyah to sexually exploit his clients.

Police arrested the raqi after a sexual video of him and a young woman went viral on social media. Police also found other videos, saved on his computer, of him engaging in sexual acts with female ruqyah clients, including married women.

If convicted, the raqi will face up to 20 years in prison on charges of charlatanism, adultery, and blackmail.

A Moroccan imam who has practiced ruqyah, Mohammed Saghiri, told Morocco World News that ruqyah should not be made a “profession.”

“There are those who call themselves raqis and charge people with money, either asking for MAD 50 or MAD 100, as if they were doctors. Ruqyah is done either on oneself after [ablutions] or voluntarily for other people for the sake of God,” he said. 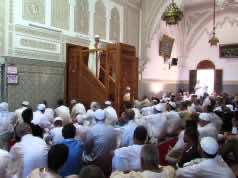 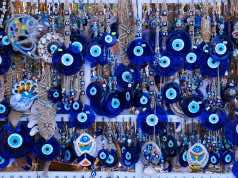 Lavender, Snails, and Warding Off the Evil Eye in Morocco 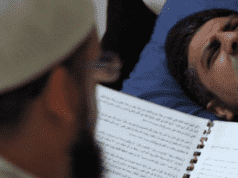 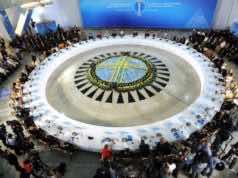