The ceremony commemorated the Moroccan soldiers who fought in the Battle of Gembloux between France and Germany in 1940.

Rabat – Moroccan and Belgian officials took part in a ceremony in memory of Moroccan soldiers who fought alongside the Allies in World War II, on Wednesday at the French national military necropolis in Chastre, near Brussels.

The ceremony commemorated the Moroccan soldiers who fought in the Battle of Gembloux between French and German forces in May 1940.

On May 14, 1940, soldiers of the 7th Moroccan Rifle Regiment, part of France’s Army of Africa, reached Gembloux after two days of marching, clashing with Nazi troops.

Belgium also held a ceremony on the 78th anniversary of the Battle of Gembloux in memory of the Moroccan soldiers last May in Chastre.

The Moroccan skirmishers who fought in World War II are also remembered for having liberated Corsica from German and Italian occupation, leading to its independence in 1943. 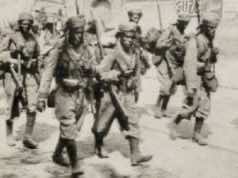 Moroccan Soldiers Fought in All Major Battles of WWI 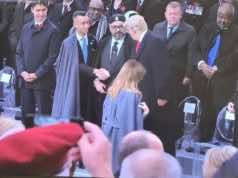 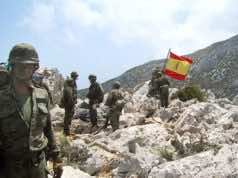