Only one African country has reached “full democracy” according to last year’s Democracy Index by the Economist.

Morocco, ranked third in the MENA region after Israel and Tunisia, falls into the category of hybrid systems between “authoritarian regimes” and “flawed democracies.” The report categorized Algeria and Egypt (9th and 10th in MENA) as authoritarian regimes.

The report noted Morocco’s “political and business elites continue to be challenged by a nationwide surge in discontent over the rising cost of living, exacerbated by a successful social media campaign calling on ordinary Moroccans to boycott several consumer products.”

Morocco’s score has consistently improved since 2006, when it scored 3.90.

The Economist, however, predicted Morocco would continue to struggle with social unrest. “It is unlikely that the underlying causes of the [Rif] unrest (such as the entanglement of politics and big business and widespread inequality) will be fully addressed in the near term.”

Mauritius, Cape Verde, Botswana, South Africa, Lesotho, Ghana, and Tunisia topped the index in Africa. Mauritius is the only African country that has achieved “full democracy” according to the report.

Norway heads the world list and North Korea came at the bottom. The US and France rank as flawed democracies. Compared to 2017, the total score fell in 42 countries and improved in 48 countries.

The Economist Intelligence Unit’s Democracy Index has been providing an overview of democracy in the world since 2006. The index is based on five criteria: the electoral process and pluralism, civil liberties, the functioning of government, political participation, and political culture. 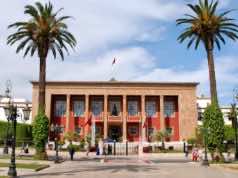