The new provisions came into force on January 1, said the General Directorate of Taxation.

Duly authorized vehicles intended for mixed transport, whose total laden weight or maximum towed laden weight is less than or equal to 3,000 kilograms are exempt from the TSAV.

The payment of the TSAV for vehicles with a total laden weight or maximum towed weight exceeding 9,000 kilograms is subject to two equal payments before the end of February and before the end of August of each year.

For vehicles put into service in the first half of the year, the fraction of tax to be paid for the remainder of the year must be paid in two installments. The first is due within 30 days of receiving the receipt for the issue of the vehicle registration document. The second is due by the end of August of the same year.

However, for vehicles put into service in the second half of the year, the tax must be paid in a single payment within 30 days of receiving the receipt for the registration document.

Four-wheel drive vehicles with a gross vehicle weight of more than 3,000 kilograms intended for professional use are subject to the TSAV at a rate set according to vehicle’s weight. 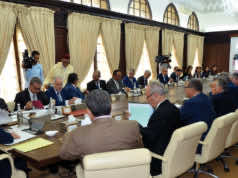